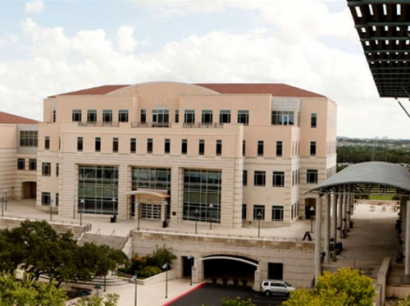 The Texas Sustainable Energy Research Institute was founded by UTSA in 2010 to leverage UTSA’s diverse knowledge in energy and related areas, and to position San Antonio as a significant contributor to the 21stcentury global energy economy. The institute integrates scientific discovery, engineering innovation and policy deliberations with pragmatic implementation and a commitment to multicultural traditions to realize the promise of tomorrow’s America as a global energy leader.

“The work underway in our Texas Sustainable Energy Research Institute is a source of immense pride,” said JoAnn Browning, dean of the UTSA College of Engineering.

The second project, supported by a $356,631 collaboration, is an effort to create smart buildings that can actively talk to battery energy storage system and power grids. Researchers will develop a system to gather information about energy consumption, solar energy generation, battery status, occupancy behavior and have buildings operate most energy efficient while maintaining indoor thermal comfort. Bing Dong, UTSA assistant professor of mechanical engineering, is leading this project.

Researchers led by Samer Dessouky, UTSA professor of civil and environmental engineering, are harvesting alternative power from roadways. This project received $298,881. Dessouky’s team has created two prototypes for the project. The first uses the energetic mechanical strain induced by traffic. The second harvests energy from the heat of the asphalt. Both prototypes have a conversion module that converts energy into a stream of electric voltage that can be stored in a capacitor. The overarching aim of the project is to produce a clean and practical alternative source of power.

UTSA is ranked among the nation’s top four young universities, according to Times Higher Education.