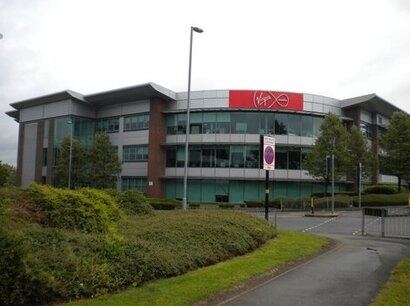 Virgin’s ongoing initiatives are enabling Virgin Media to improve the environmental footprint of its network while also launching new products, increasing broadband speeds and exponential customer demand for data, where Virgin Media has expanded its gigabit network to just under one million homes in Ireland to date.

In today’s renewed Low Carbon Pledge,  Virgin Media has committed to further recording and reducing  their entire carbon footprint, both direct (from operations) and indirect emissions (through the supply chain) and reporting regularly on progress including through an annual Business in the Community Ireland Low Carbon Report. This will be reviewed and evolved on an ongoing basis, aligned to the latest climate science and Ireland’s climate action objectives.

“We at Virgin Media are delighted to be signing up to this renewed low carbon pledge supporting Ireland’s climate action objectives” said Peter McCarthy, Vice-President of Legal & Corporate Affairs, Virgin Media. “Virgin Media are actively engaging our business, operations, people and brand to create positive impacts for our customers, people and communities throughout Ireland and for the planet we all depend on for our wellbeing. Our target is to reduce our carbon footprint by 50% by 2025. We believe we will smash that target as we have already seen a reduction of nearly 30% since 2017 through such initiatives as a 100% switch to renewable energy, deploying solar energy panels across key sites and technical hubs, more energy efficient consumer hardware, improved data centre cooling systems and the commencement of electrification of the company’s vehicle fleet. Other areas include gradually removing non-eco consumables from the supply chain and continuing to offer products and experiences that use less power, reduce emissions, and cut down on waste.”

Tomás Sercovich, CEO of Business in the Community Ireland (BITCI), added that climate action is a key priority for BITCI and its members and that having over 60 signatories who have signed up to the Low Carbon Pledge is a clear demonstration of the business community working together to lead to the net zero vision.

The coalition has been set up by the European Union to support the use of digital technologies as a key enabler for climate action, environmental sustainability and helping to reach UN Sustainable Development Goals. The founding members were announced by EU Commissioner Thierry Breton and the EU Presidency at the Digital Day 2021 event held in Lisbon, Portugal. By signing the European Green Digital Declaration, companies commit to establishing science-based targets to reduce greenhouse gas (GHG) emissions by 2030 and becoming climate neutral no later than 2040.