Unsure how to get your energy message across? Just Post-it!

Thursday, 20 October 2011
0
Richard Crume
Richard Crume looks at novel ways schools across New York and New Jersey are saving energy, including using Post-it notes to remind energy users to think about how they may be wasting energy. 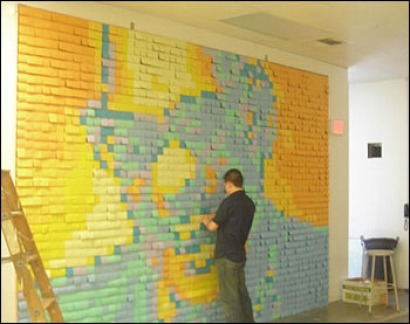 Energy efficiency and conservation does not have to be difficult or expensive. The Japanese proved this just after the 2011 Great East Japan Earthquake and Tsunami, when voluntary efforts to reduce energy consumption were successful almost immediately, with little up-front planning and investment. Now school children in New York City and surrounding areas are learning the same lesson.

New York’s Mount Sinai School District is saving $350,000 annually on their energy use, largely through simple steps like turning off the lights, computers, printers, exhaust fans, and air conditioners when not in use. According to the New York Times (With Post-Its and Checklists, Schools Cut Their Energy Bills), the District’s energy manager roams the hallways, looking for energy wasting practices and issuing Post-it reminders to be more careful next time.

Other schools across New York and neighboring New Jersey are also taking steps to reduce energy consumption. Some examples cited by the New York Times include:

• Replacing old incandescent light fixtures and turning off lights when not needed.

At Mount Sinai, the decision to hire a full-time energy manager seems to have worked, with savings easily covering expenses for this position – it is a wonder that more school districts are not following suit! When teachers see the Mount Sinai energy manager coming down the hallway, they have been known to run back to their classrooms to ensure everything is switched off. Since 2007, the District has reduced its energy use by about 30 percent.

Your neighborhood school is a logical place to promote energy conservation and renewable energy. School buildings can be old and drafty, and even brand new facilities can be improved. And when building improvements are combined with instruction in the classroom on how to save energy while at school, the students don’t just learn about saving energy, they practice it. For many students, these good habits will last a lifetime.

[Photo: Courtesy of David Alvarez from Washington who made a 10-foot-tall mosaic of Ray Charles using Post-it Notes.]