Wednesday, 19 December 2018
0
Robin Whitlock
Appeals presented to MEPs earlier this year by local Italian anti-geothermal energy pressure group SOS Geotermia aimed to get new regulation passed against geothermal energy on the false claim that the technology contributes to climate change. Although the group failed and the amendments were rejected, it is clear that this organisation presents a very real threat to the European geothermal sector. 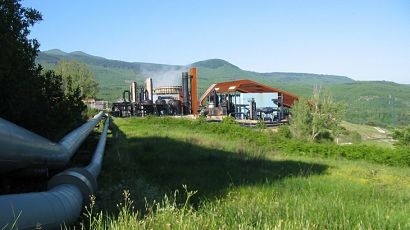 SOS Geotermia is an Italian pressure group consisting mostly of local “citizens, associations and committees” that have been active opponents of geothermal energy in the area around Mount Amiata in southern Tuscany. The group claims that geothermal energy is “tens times more polluting” and ‘climate altering’ than fossil fuel plants, as well as claiming that arsenic and other pollutants are seeping into the local water supply from the geothermal plants around Mount Amiata. However, these claims have been disputed by a number of studies including research from the University of Siena. A paper published in 2015 by Matteo Borzoni, Francesco Rizzi and Marco Frey (Borzoni et al “Social-Multi Criteria Evaluation of Alternative Geothermal Power Scenarios: The case of Mt. Amiata in Italy” (2015)), outlines the history and basis of this, initially purely local, dispute.

Initially, the opposition around Mount Amiata consisted of objections to the visual impact of the geothermal plants constructed on and around the mountain’s slopes by Enel Green Power under that company’s ‘Geotermia 2000’ strategy. This was exacerbated by resentment against the fact that the plants, having the ability to be operated and monitored remotely, did not require on-site employment. Furthermore, an assessment carried out in the early 1990s by the municipality of Piancastagnaio, found that in the Amiata area alone, emissions of some pollutants from individual geothermal plants were much higher than geothermal plants in other areas, such as around Larderello, further north. The problem of high arsenic content in local drinking water sources were solved in 2009-10 with the installation of a number of arsenic abatement plants, but SOS Geotermia continued to link geothermal energy with arsenic pollution. The Enel plants in Tuscany are also now covered by Eco-Management and Audit Scheme (EMAS) certification and Enel has committed to local agreements with unions and industrial associations aimed at enhancing local employment, scientific studies and research on impacts and the adoption of available technologies.

Geothermal forms a vital part of the Italian clean energy economy. There is currently at least 1 GW of baseload renewable electricity from geothermal installed in the country, producing 6.2 terrawatt hours (TWh) per year. The sector also employs 3,000 people directly and another 7,000 people indirectly. It is highly innovative and exports across the world. During the last five years, more than 20 million euros were invested in Italy for research, development and innovation on geothermal, meaning that Italy is, in essence, leading the innovation in this sector. Geothermal power plants across the country, particularly in Tuscany, supply low-cost renewable heat to households and businesses, replacing thousands of fossil fuel boilers and their associated nitrogen oxide (NOx) and particulate emissions.

However, SOS Geotermia now has powerful friends in high places. Andrea Borgia, for example, is an Earth and Environmental Scientist at Berkeley, University of California, and a consultant for MEP Dario Tamburrano. Through Tamburrano particularly, the group has now attracted the support of the Italian Five Star Movement (M5S), the populist political group that now forms the largest party within the current Italian Government and is known for its anti-immigation and Eurosceptic views. Borgia meanwhile is now an adviser to the Italian Ministry of the Environment. Some measure of his hostility towards geothermal can be gathered by a recording of him, on video, at a meeting held on 24th March this year in Florence, at which he described geothermal plants in Tuscany as “geothermal concentration camps” (see Youtube video below at 2h 31m 30s - though the dialogue is in Italian). An industry source, who wishes to remain anonymous, also claims that Borgia has previously referred to Italian mayors supporting geothermal as “Nazis”.

In November, the Italian Government issued a draft decree that aims to cut government support for geothermal, as reported by REM on 15th November. It seems now though that SOS Geotermia had gone one step further – they appealed directly to the European Union (EU), through MEP Tamburrano, to try and get the European Parliament to approve two amendments – 357 and 358. These were submitted in January this year, just before the vote in plenary at the European Parliament about the new RES directive. Fortunately, both amendments were rejected after an Italian political dispute.

“(31b) In order to preserve the integrity of this Directive, the Commission should tackle the regulatory gaps at Union level, which are then reflected at national level, whereby every form of geothermal energy exploitation is considered contributing to tackling climate change, even when geothermal power plants release greenhouse gases and other substances from underground fluids and other subsoil geological formations which are comparable to conventional sources”.

“By December 2018, the Commission shall carry out an in-depth analysis of all substances, including CO2, that are emitted by geothermal power plants both during exploration and operational phases and which are harmful for health and environment and shall transmit the outcomes to the European Parliament and the Council. Based on its findings, the Commission shall present, if appropriate, to the European Parliament and the Council, a legislative proposal in this regard no later than 31 December 2019”.

The justification for these amendments makes it clear that the pressure group was trying to get the EU to accept its claim that geothermal energy contributes to climate change.

"Geothermal energy is an important local renewable energy source which usually has considerably lower emissions than fossil fuels, and certain types of geothermal plants produce near-zero emission. However, depending on the geological characteristics of an area, the production of geothermal energy may release greenhouse gases and other substances from underground fluids, and other subsoil geological formations, which are harmful for health and the environment. The Commission should therefore facilitate only the deployment of geothermal energy with a low environmental impact and resulting in greenhouse gas emissions savings compared to non-renewable sources.”

They were supported by an appeal launched by Andrea Borgia calling for all MEPs, including non-Italians, to be lobbied on this issue. In an email, Borgia writes:

Here is attached an appeal (geothermal appeal) that it is important to write down an email and send it to all Italian and European parliamentarians (whose addresses are attached).

This call is for the purpose of approving two amendments (AMD_A8-2017-0392_357-358_EN) that require the European Commission to set emission limits for the Geothermal Power Plants.

As you know, geothermal power plants can emit unlimited quantities of practically any substance in particular of Mercury, Arsenic, Antimony, Uranium (! People in the hair concentrations of these elements well above the maximum limit) and so on. The diseases and deaths of the Amiata geothermal area are much higher than those in any of the countries within a radius of 50 km.

I think it would be appropriate to involve the largest possible number of citizens in this way so that MEPs receive a large number of emails.

Can you give me a hand? 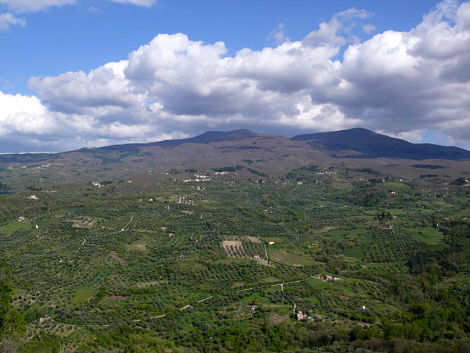 The area around Mount Amiata in southern Tuscany, Italy, where Enel Green Power has deployed several geothermal energy plants. The Five Star Movement, through its position in the Italian Government, has elevated something that is a purely local dispute and utilised it for its own political ends.

Thankfully, these amendments were rejected. If they had been passed they would have affected geothermal plants in other EU member states.

However, the decree published by the Italian Government shows that Italian government is now, seemingly, the only government in the world that believes geothermal is not ‘renewable energy’. The latest move by the Borgia and SOS Geotermia, further demonstrates that the group believes geothermal is worse than fossil fuels with regard to fuelling climate change. In attempting to submit these amendments, SOS Geotermia has now demonstrated that it would ideally like to foist this conspiracy theory on other European nations as well. If that happens, it has the potential to seriously impact the geothermal energy sector generally. For now though, this move by the group has been thwarted.