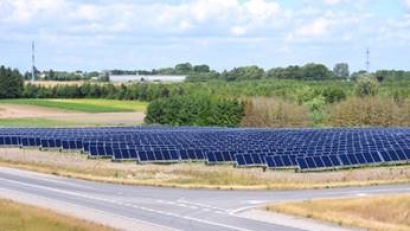 The plant covers an area of 11,312 square metres and is the fifth solar thermal system constructed by Aalborg CSP in Denmark so far. It has, so far, exceeded expectations in tests and consists of flat panels that can jointly produce 5,568 MWh heat annually, contributing to 2,583 consumers’ heat and hot water demands.

Denmark has ambitious targets to become fossil fuel free by 2050. As part of this initiative, most district heating and combined heat and power (CHP) plants typically switch to alternative energy sources, such as solar or biomass.

“We have reached a significant milestone towards a greener and more efficient means of energy supply” said Jan Møller, Managing Director at Smørum Kraftvarme A.m.b.A. at the opening ceremony on 30th June. “With the competitive solar plant from Aalborg CSP, we are not only able to say stop to fluctuating energy prices but also strengthen our city’s green profile with the reduction of 1,100 tons CO2 emission annually”.

The launch of the new system also celebrates successful commissioning of the plant and the remarkable performance data recorded during test productions in Spring. Due to Danish weather records in May, the solar plant was able to produce 40 percent more energy than anticipated and thereby to cover nearly 100 percent of the city’s hot water and heat demands.