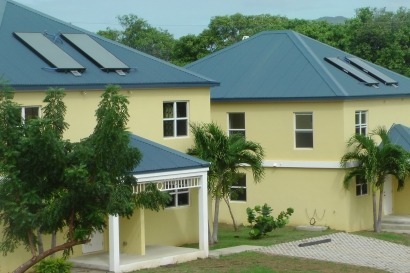 The European Solar Thermal Industry Federation (ESTIF) is marking the ten year anniversary of its Solar Keymark certification scheme which was introduced on 21st October 2003 and is now widely considered to be highly successful with around 2000 certificates awarded for solar collectors and systems in at least 40 countries.

The scheme was conceived ten years ago as a voluntary third-party certification mark for solar thermal products in order to demonstrate that a product conforms to the relevant European standards and fulfils additional requirements. The Solar Keymark is now broadly accepted and recognised and not just within Europe either. Currently there are around 2000 certified solar thermal products from over 700 companies in 40 countries, of which 13 countries are located outside Europe. The scheme was developed by ESTIF and CEN (European Committee for Standardisation) in close cooperation with leading European test labs and with European Commission support.

“The introduction of the Solar Keymark label has changed the solar thermal industry significantly” said Robin Welling, ESTIF President. “Not only can manufacturers see trade barriers come down to help better promote the use of their products, but consumers can also notice the benefits of this certification making it easy to choose a high quality product that has been fully tested according to the relevant standards.”

ESTIF is an organisation that actively promotes the use of solar thermal technology for renewable heating and cooling in Europe, having around 80 members from 17 European countries.