Wednesday, 08 April 2015
0
Robin Whitlock
DONG Energy has agreed to take over more than 1000 MW of newly assigned development project rights off the coast of Massachusetts from RES Americas Developments Inc. 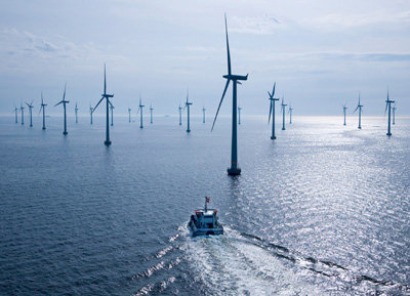 RES secured the rights to develop one of the two leases at an offshore wind auction held by the Bureau of Ocean Management (BOEM) on 29th January 2015. The lease consists of an area that could potentially accommodate more than 1000 MW of wind energy capacity and following approval by BOEM it will be taken over by DONG Energy, with some continued support from RES Americas.

It is the first time DONG Energy has entered the an offshore wind energy project outside Europe.

“The US is an interesting market for offshore wind with the potential to become a significant
area for future development” said Samuel Leupold, Executive Vice President of Wind Power. “We already have a number of post 2020 projects in our pipeline in North-Western Europe that we will continue to develop. With the takeover of the offshore wind development project in the US, we will broaden our geographical scope and follow the market potential outside of our current footprint.”

A draft policy bill to support the regulatory conditions for offshore wind has been introduced with the Massachusetts government aiming to provide a stable framework that will enable the build-out of projects and the creation of new jobs. The lease has a total size of 760 square kilometres and is located approximately 90 kilometres from shore with a water depth of between 40-50 metres.

Leupold added that the site conditions are similar to those DONG Energy currently works with in North-Western Europe, and that means the project could be developed using established technology and logistics.