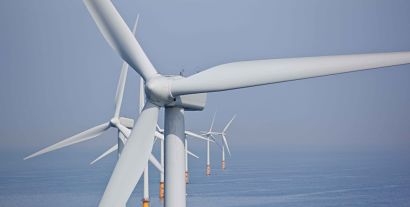 In September 2017, MOWEL was awarded by the UK’s Department for Business, Energy & Industrial Strategy with a 15-year Contract for Difference (CfD) for the delivery of 950 MW of offshore wind generation at £57.5/MWh (2012 tariff-based). Moray Offshore Windfarm, located in the North Sea off the coast of Scotland, is expected to be completed by 2022 and will generate enough energy to supply nearly 1,000,000 households.

“The sale forms part of EDPR’s self-funding strategy which enables us to diversify our business and maintain a presence in significant projects such as Moray East, at the same time as engaging in other highly potential and large-scale initiatives for the company” said João Manso Neto, CEO of EDPR.

The two companies have also reached an agreement on an additional 13.4 percent stake to be sold by EDPR to DGE under the same terms and conditions.