Friday, 05 June 2015
0
Robin Whitlock
Wind turbine manufacturer Gamesa has entered into an agreement with ScottishPower Renewables for the supply of 239 MW at the Kilgallioch wind farm in southern Scotland. 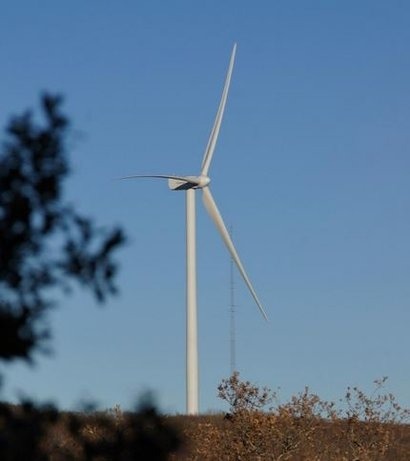 Gamesa will also provide operations & management services to the facility under a five-year agreement. The company will handle the supply, transportation, installation and commissioning of 94 G114-2.5 MW turbines and two G90-2.0 MW turbines. The wind farm is located between the Scottish municipal areas of Ayrshire and Dumfries and Galloway and delivery of the turbines is expected to begin in February 2016. The construction of the facility is scheduled for completion during the first quarter of 2017.

The agreement between the two companies was signed in late May in Glasgow in the presence of Ricardo Chocarro, CEO of Europe & RoW, Enrique Pedrosa, Commercial Managing Director, and Thomas Connell, O&M Director EMEA, representing Gamesa and, from ScottishPower Renewables, Keith Anderson, the company's CEO, and Roy Scott, CFO.

“This milestone agreement with ScottishPower Renewables evidences the success of our commercial strategy in northern Europe, one of Gamesa's priority markets, and demonstrates the credibility garnered by our new products - which offer market-leading efficiency and profitability - in the eyes of our customers” said Ricardo Chocarro, Gamesa's CEO for Europe & RoW.

Gamesa has maintained a presence in the UK since 2005 with over 450 MW capacity. The G114-2.5 MW turbine is designed for class II wind speed sites and is equipped with a longer blade and increased nominal capacity in order to maximise efficiency and profitability while reducing the cost of energy in the 2.0 to 3.0 MW segment. This turbine produces 29 percent more power than the G97-2.0 MW model while lowering the cost of energy by 10 percent. The Gamesa 2.0-2.5 MW platform on which this turbine is based has been installed in 33 countries with a cumulative installed capacity of 18.6 GW.