Thursday, 05 February 2015
0
Robin Whitlock
A new report by the European Wind Energy Association (EWEA) states that Germany is expected to install more offshore capacity than the UK in 2015. 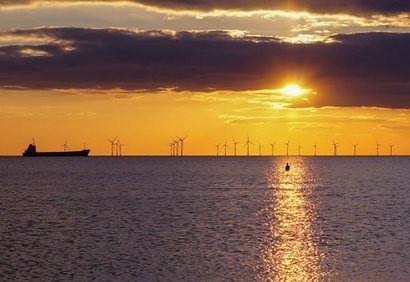 The report found that the European offshore wind industry saw a decline of 5.34 percent in new capacity installations in 2014 as the sector stabilised following record figures the previous year. A total of 408 new offshore wind turbines were fully grid connected in 2014, adding 1,483 MW to European wind energy capacity and bringing the total installed capacity in Europe to 8,045 MW across 74 offshore wind farms in 11 countries.

“It is not surprising that we see a levelling-off of installations in 2014 following a record year in 2013” said Justin Wilkes, deputy chief executive officer of the European Wind Energy Association. “The industry has seen exponential growth in the early part of this decade and this is a natural stabilising of that progress. Offshore wind will have a monumental part to play in the EU's energy security drive as part of the European Energy Union but it is political determination that will help Europe unlock its offshore wind potential.”

Mr Wilkes added that the technology and financing are there but policymakers need to produce stable long-term plans to push the growth of the industry forward and avoid stop-go and inconsistent policy frameworks.

In 2014, the UK accounted for over half of all new installations (54.8 percent) with Germany in second place (35.7 percent) and Belgium (9.5 percent) making up the rest. However, in 2015, Germany is expected to install more offshore capacity than the UK, which has dominated installations in Europe for the past three years.

“Germany is set to buck the trend this year” said Wilkes. “The UK has more installed offshore capacity than the rest of the world combined but this year shows that other countries in the EU are making serious investments in the sector. The nine financial deals closed in 2014, of which 4 were ‘billion-Euro’ projects, suggest that activity will pick up substantially as of 2017 as these projects begin to hit the water.”

The largest wind farms to be fully completed will be RWE's Gwynt y Mor (576 MW) in North Wales followed by Global Tech 1 (400 MW) in the German North Sea.