Wednesday, 23 October 2013
0
Robin Whitlock
Total capacity worldwide represents a global slump on previous years but the technology is still hard to beat and will become increasingly competitive with fossil fuels and nuclear 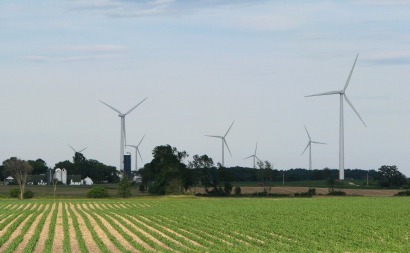 A new report released by the World Wind Energy Association (WWEA) has shown that global wind capacity has almost reached 300 gigawatts (GW) with 14GW of new installations in the first half of 2013 following 6.5GW in 2012. Global wind reached 296’255MW by the end of June 2013 of which 13’980MW were added in the first six months of the year. The total global capacity for wind is expected to rise to 318GW by the end of 2013.

The figure actually represents a global decrease and is significantly less than that achieved in the first half of 2012 and 2011. The decrease is partly driven by a dramatic slump in US leads, but it has also been compensated for to some extent by new markets.

“The year 2013 is a difficult year for the wind industry worldwide, as the companies have to struggle with a decreasing market size” commented Professor He Dexin, WWEA President. “This situation has already led to decrease in wind turbine prices which will make wind power even more cost competitive. Though we face some challenges currently, we are still confident to the wind power development in the future. As a result, we see bright prospects for this technology which will become even more cost-competitive.”

Stefan Gsänger, WWEA Secretary General, added that wind power has already taken a substantial share of the market from fossil fuels and nuclear in several countries around the world. However, there is an increasing resistance from these sectors although the benefits of wind, including practically zero emissions, decentralised economic and social benefits, security of supply and more, will make the technology very difficult to beat.