Thursday, 12 December 2019
0
REM
Minnesota-based builder, developer, and engineering services provider, Mortenson, has been selected by Rocky Mountain Power, an operating entity of PacifiCorp (a subsidiary of Berkshire Hathaway Energy), to construct the TB Flats I & II Wind Energy Project and the Ekola Flats Wind Energy Project in Medicine Bow, Wyoming. The two projects are 20 miles apart and will have a combined wind energy capacity of 750 MW. 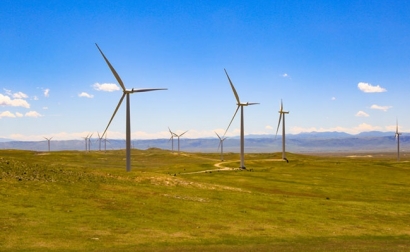 “TB Flats I & II and Ekola Flats are key to PacifiCorp's Energy Vision 2020 initiative of adding 1,150 MW of wind energy by the end of 2020,” said Tim Maag, Vice President and General Manager of Mortenson’s Wind Energy team. “We are very excited to be working with Rocky Mountain Power to significantly increase the state’s wind energy output, as Wyoming has the potential to become one the nation’s strongest wind energy producers.”

TB Flats I & II span 44 square miles and will contain 132 Vestas turbines totaling 500 MW. Ekola Flats spans 29 square miles and will contain 10 GE and 53 Vestas turbines totaling 250 MW. Erection at TB Flats I & II is scheduled to begin in April of 2020 and Ekola Flats is expected to start in June 2020. Both projects are scheduled to complete in October of 2020. Currently, foundations are being placed at both projects.

Mortenson’s scope of work for both projects includes access roads, foundations, collection, substation, transmission lines, tower wiring and erection of turbines. Mortenson will self-perform all foundation, collection, turbine erection and substation construction. At  peak construction, 200-250 people are anticipated to be employed at each site.

Wyoming’s first wind energy was generated in 1982 by two wind turbines in Medicine Bow installed by NASA and the US-DOE. At the time, the wind turbines installed were the largest in the U.S., had two blades each and generated a combined 6.5 MW of wind energy. Currently, the state of Wyoming has an installed wind capacity of 1,488 MW with 3,753 MW under construction.