Monday, 25 June 2018
0
Robin Whitlock
The Nordex Group has been awarded a contract for the delivery and installation of the 123 MW Fortim wind farm, consisting of forty-one AW125/3000 turbines, for Brazilian utility Furnas. 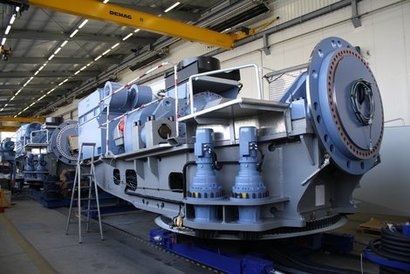 Construction of the facility will commence at the beginning of 2019 in the state of Ceará in north-eastern Brazil. This coastal location is characterised by strong wind conditions with low turbulence for which the AW125/3000 has been designed. The contract also includes service for a period of at least five years. The project will draw substantially on local resources with Nordex producing the turbines at its Brazilian plant and the 120-metre high towers at a further Group facility not far from the wind farm.

Furnas is a subsidiary of Centrais Elétricas Brasileiras S.A. - Eletrobras.

NordexGroup has installed wind power capacity of more than 23 GW in over 25 markets, generating sales of around 3.1 billion euros in 2017. The company currently has roughly 5,000 employees and its production network comprises plants in Germany, Spain, Brazil, the United States and India. The product range primarily concentrates on onshore turbines in the 1.5 - 4.8 MW class addressing the requirements of land constrained as well as grid constrained markets.