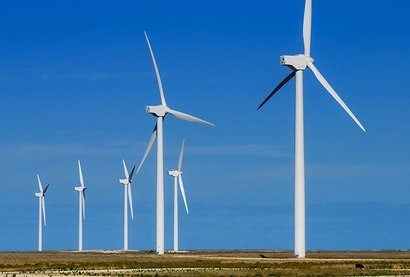 Pattern Energy Group will acquire the wind farm, along with the 35 mile 345 kilovolt Western Interconnect transmission line, from Pattern Energy Group LP (‘Pattern Development’) for $269 million at commencement of commercial operations. Pattern Development has closed financing and is beginning construction of Broadview, which is located 30 miles north of Clovis, New Mexico.

Pattern Energy already has all the capital required to fund the transaction with currently available liquidity and new project holding company commitments from debt financing facilities. Commencement of commercial operations (COD) is expected in early 2017.

“This world-class wind project will deliver attractively-priced power directly into the California market under two 20-year contracts with Southern California Edison” said Mike Garland, President and CEO of Pattern Energy. “Broadview is a terrific addition to the Company; representing a twelve percent increase to our current portfolio’s owned capacity and a material, accretive increase in our cash available for distribution. We identified this opportunity earlier this year, as a transaction we would likely commit to acquire when it reached COD. We can meet the funding requirements for the acquisition with a portion of our currently available cash and liquidity and from new project financing facilities. Our commitment is to provide dividends, especially in uncertain markets, and this project supports that commitment.”

The company has committed to acquire from Pattern Development an 84 percent initial cash flow interest in Broadview and a 99 percent ownership interest in the Western Interconnect transmission line for a total cash purchase price of $269 million. This will be funded at COD in less than a year. Institutional equity investors have committed to acquire from Pattern Development a 16 percent initial cash flow interest in, and a 99 percent initial taxable income allocation from, Broadview, which will also be funded following the commencement of commercial operations. Following the acquisition, based on its initial cash flow share, Pattern Energy will retain an owned interest of 272 MW in Broadview. Pattern Energy’s commitment to own and operate the facility was a core component of securing high-quality institutional equity investors for the project financing.

The Broadview power facility will consist of 141 Siemens 2.3 MW wind turbines and has the capacity to generate 324 MW of energy, the power equivalent to the annual energy usage of approximately 180,000 California homes. Broadview will be limited to 297 MW of injection capacity at the project’s transmission interconnection point. Generated power will be supplied to Southern California Edison (SCE) under two 20-year power purchase agreements covering 100 percent of its output, up to a total of 297 MW, which has been factored into the project’s economics.

The new privately-developed Western Interconnect transmission project will deliver the output to the California Independent System Operator (“CAISO”).  It is a 345 kV transmission line, approximately 35 miles in length, which will be 99 percent owned and operated by Pattern Energy.  The combined cash available for distribution from the project and transmission line, before any financing costs, is expected to be approximately $28 million annually based on a five-year average run rate.