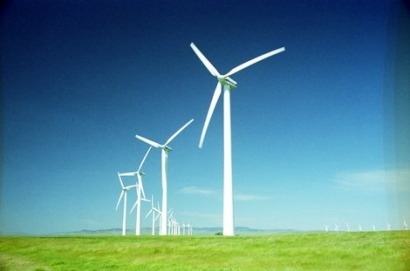 The wind power plant has been developed by one of Vestas long term customers, Venotec. The plant will be repowered in Brandenburg and is one of the largest repowering projects in Germany. Turbine delivery is expected to begin in the second half of 2014 with commissioning in the first quarter of 2015.

The contract includes supply, installation and commissioning of the 19 V112-3.3 MW turbines along with a VestasOnline Business SCADA solution and a 15-year full-scope service agreement.

“We are pleased to continue our successful long-term collaboration with Vestas that started in 1999 with the installation of our V66-wind power plant in Klettwitz” said Ralf Heinen and Helmer Stecker, Managing Directors of Ventotec. “Based on our long-standing relationship with Vestas, we trust in the wind energy solutions, the experience and knowledge they offer for most efficiently repowering this large wind project”

Klaus Steen Mortensen, President of Vestas Central Europe, added that the V12-3.3 MW platform is the optimal choice for customers wanting to combine the technology of the 3 MW platform with an increased annual production at medium wind sites.

Germany and Denmark are among several European countries currently replacing older turbines with newer models. Invariably this means a reduction in the number of turbines given that the newer models have increased capacity. A repowering project at the 20 year-old Nørrekær Enge wind farm in northern Jutland, Denmark, in 2009 saw the replacement of 77 turbines with just 13 newer versions. The project helped the facility to double its production and was part of a Danish project to promote the repowering of wind power sites.

The main challenge with such projects is to amend the site permits which govern the spacing and height of turbines. However, higher hubs take advantage of more powerful air currents and are therefore key to a repowering projects profitability.

In other news, Vestas has also recently received an order for 48 V12-3.0MW turbines to be deployed at the 148 MW Oakfield project in Maine, USA. This formed part of December 2013’s Master Supply Agreement (MSA) for multiple US wind projects.