Tuesday, 02 January 2018
0
Al Maiorino
Opposing offshore floating wind farms is the newest target of wind and renewable opponents as we enter a new year.  Recently, French based Eolfi was denied approval of an offshore wind farm in Taiwan.  The project would have impeded shipping lanes, and despite the reduction in size, failed to win approval. 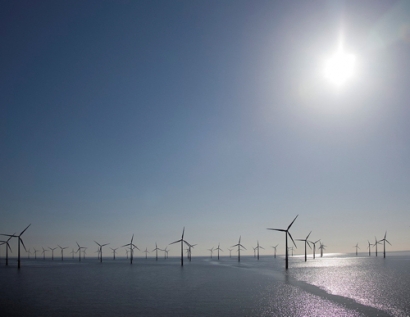 Solar projects are not immune to this opposition either.  Engie Developments was recently denied approval for projects in Ireland.  Concerns ranging from disturbing habitats and road disruptions were listed as reasons for the defeat.

Let's move inland with wind.  UK firm Innogy recently was rejected with their Kirkby Moor Wind Farm.  The need for subsidies from the government, along with public opposition, helped sink this project.

After working on building public support for projects for nearly 25 years, having a base of project proponents is essential to help get a project over the finish line.  Think about what 10 e-mails to the relevant government officials in support of a project would do.  Now think about 100 e-mails, or 300, or more.  How about a coalition of real residents to support your project and speak out at public meetings?  So many renewable developers do not even have a website or social media presence for their project.  Public outreach is as critical as proper engineering, legal and environmental consultants on your team.

So, as we enter 2018, here are three new year resolutions to consider for your renewable project promoting:

Resolution # 1 - DIGITAL  - digital and grassroots campaign tactics to build support amongst members of the community and public officials. To kick off any digital campaign, prepare a thorough website that regularly updates residents, dispels new myths and disseminates new information. Website content should allow the audience to obtain key ideas on project details and benefits without having to do too much reading. Visuals and well-organized content are key to ensuring your message gets across. This website should also include a link that allows people to submit letters of support directly to public officials and elected leaders as well as provide downloadable fact sheets, and any other resources that may help advocates build support.

Resolution # 2 - SOCIAL - Social media platforms such as Facebook and Twitter have grown into powerful campaigning tools. Facebook and Twitter accounts dedicated to the renewable proposal offer enormous opportunity to reach community members organically through peer-to-peer information sharing. Any content posted should be bolstered as needed by social media marketing, which is both cost efficient and effective to introduce the proposal to new audiences. These ads will increase awareness and drive website traffic to continuously reach new segments of the population.

Resolution # 3 -  STAKEHOLDERS -  Contacting stakeholder groups both locally and regionally to coordinate grassroots efforts can amplify messaging through newsletters, email blasts, presentations to the organization’s members. Coordinating a call to action with stakeholders can greatly enhance support in a meaningful way.

Don't let your renewable project succumb to delays, moratoriums and defeat.  Renewable developers have many options, and a great story to tell.