Monday, 06 January 2014
0
Al Maiorino
The American Wind Energy Association (AWEA) characterizes the investment spurred by the Production Tax Credit (PTC) as the “predominant driver of wind energy development over the past decade.” Throughout 2013, President Obama noted the significance of the PTC as he advocated to make it a permanent part of a more comprehensive tax overhaul package in an effort to double the amount of renewable energy generated by the United States by 2020. 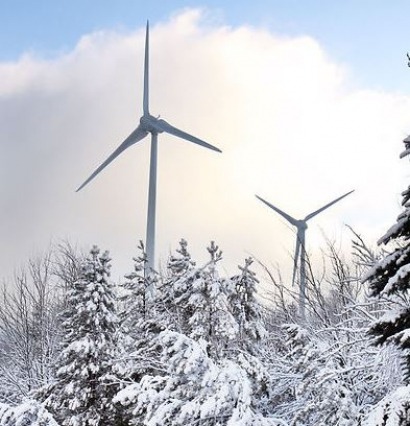 However, with a United States Congress seemingly prone to eleventh hour decision making, wind and other renewable energy companies were once again left uncertain about the future of their development projects as 2013 came to a close.

At the stroke of midnight, the PTC extension from 2013 officially expired without any immediate prospects of renewal. Now, though some opponents in Congress feel that the PTC has run its course, others are looking to incorporate a similar option into a larger tax overhaul package sometime in 2014.

While the PTC has undoubtedly been an important component of the expansion of renewable energy throughout the U.S., Congress is not the only hurdle companies will have to clear to ensure successful project completion as debate over renewable energy tax incentives continues. A well-prepared public affairs strategy must be a component of any company’s planning process to bring these important renewable projects to fruition.

The PTC has been a key factor in important advancements in the wind industry. According to the AWEA, the PTC has contributed to the decrease in wind costs by 90 percent, and it has helped install enough energy capacity in the U.S. to power the equivalent of over 15 million homes.[i] After the PTC experienced a brief expiration period lasting only the first few days of 2013 during the final negotiations of the Fiscal Cliff deal, a study by Navigant Consulting found that had the PTC been allowed to completely expire, the number of jobs created by the industry would have been cut in half, including a two-thirds decrease in private investment.[ii] However, despite the significance of this tax credit to the expansion of renewables in the U.S., both Congress and the American public remain divided on the continuation of the PTC’s existence.

According to a March 2013 Gallup Poll, while an overwhelming percentage of Democrats wish to see more emphasis placed on solar (87 percent) and wind (83 percent), Republicans’ prefer more emphasis on natural gas (78 percent) and oil (71 percent).[iii] These numbers reflect a concerning division in the collective position of the American public on the issue if Congress is to consider similar legislation as a component of a larger tax overhaul package in 2014.

Already, a December 17 letter calling for the end of the tax incentive was signed by ten U.S. Senators, including one Democrat, indicating that continuation of the tax credit as part of a larger tax overhaul package will inevitably encounter congressional resistance. Though companies that incurred 5 percent of project costs on qualifying developments before the expiration are still be eligible for the incentive, the industry will need to transition project planning away from the valuable financing mechanism that has helped create many successful project completions.

The fact that voters have been unable to send a clear message to Congress to influence members to keep the PTC off the chopping block for two years in a row suggests that renewable development may not be as high on voters’ priority lists as wind companies need it to be when it comes time to engage residents in specific project areas. Sure, congressional action is fueled by many factors aside from raw support for renewables, such as issues related to spending and the overall economy. However, with a country still somewhat divided on where its energy future holds the most promise, opposition is inevitable when a project is proposed right in residents’ own backyards.

With the ability to finance projects in question, companies must be all the more strategic about their plans to win over public approval in project areas. Conducting a poll is an extremely effective way to determine the temperature of the public’s favorability of the project, but the expense can be burdensome to tight budgets.

A more cost effective tactic such as phone banking, which utilizes a short script to identify supporters in a community, can also produce a significant return. Once residents are screened, identified, and coded into a database, they can be contacted to participate in other grassroots engagement. Similarly, a direct mailer with a tear off card that can be returned with supporters contact information and methods by which they are willing to assist the campaign will prove to be extremely valuable when it comes time to rally supporters for letter writing drives and attendance or speaking roles public meetings. With an effective public affairs strategy, companies will not risk wasting time and resources that will become even more valuable if tax incentives are not renewed.

Moving forward without the tax incentives that have spurred such wide industry growth not only means more cautious financial planning for projects, but it also will require more strategic efforts to educate communities on project proposals. Ideological debate in Congress will continue to sculpt the path of renewable development in America, but as projects are proposed in communities renewable companies must set the message on the benefits of their project to engage community support that is necessary for successful project development. Now more than ever, public affairs is critical to ensure revved up financing plans are not wasted by project delays.