Friday, 07 September 2018
0
Al Maiorino
In a time of environmental extremes, hurricanes have proven to be increasingly intense wreaking havoc on small islands like Puerto Rico. An often overlooked consequence of such storms is lasting power outages. In the most recent major hurricane to assail the US territory – Hurricane Maria last October – more than 10,000 homes were left without power for eight months. On average, 83 percent of Puerto Rican households went without water for close to seventy days. There were 64 hurricane-related deaths. What is to be done about this? In the renewable energy industry, how can we assist in prevention of such tragedy? 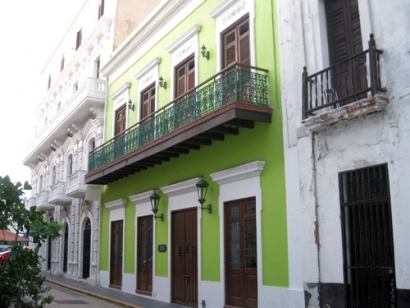 Installing microgrids – a local power grid that can disconnect from the traditional grid and operate independently- is an effective solution that could minimize the duration of such prolonged outages. In the event that the main grid is severely damaged in a tropical storm, microgrids can provide backup power remotely.

This year, the Puerto Rico Energy Commission (PREC) finalized and approved microgrid regulations as the first step in implementing the technology island-wide. The PREC received praise from many on the island but is waiting for the funds to arrive that would allow for a project of this scale. As PJ Wilson, president of the Solar and Energy Storage Association of Puerto Rico, said “Now that the microgrid rules are out, there’s literally nothing in the way of people [investing funds to build microgrids in Puerto Rico.”

According to Navigant Research director Peter Asmus, a challenge that officials are currently facing is determining how to “steer private investments towards projects that offer the greatest value.” Asmus touts Puerto Rico’s regulations as “one of the most comprehensive approaches to microgrids” that could become the standard for future models proposed by other countries.

Many erroneously perceive microgrid technology as expensive, a luxury for those who can afford it. However, given that solar panel instillation and battery costs are declining, it is rapidly becoming the more financially sound option. Hurricane Maria severely weakened the island’s electrical grid, leaving it extremely vulnerable to blackouts in the event of even a moderate storm. A lot of Puerto Ricans will find comfort in the option to go grid-independent when the grid is so unreliable. AES Corporation has suggested reorganizing the current grid into several dispersed microgrids operated by solar power to cover most of the island’s energy needs. Solar power costs a third of the current $150/megawatt-hour oil-fueled power plants.

Eleven microgrids have been installed by Sonnen at schools, community centers, and healthcare clinics. The lights remained on during the post-Maria blackout, serving as a beacon of hope and symbol of possibility for the industry’s future.

Here are some suggestions to ensure that the supportive voice is the strongest voice on the island to build ground support for microgrids.

The most important step in obtaining approval for large projects will be rebuilding citizens’ trust in technology. For many, faith in government greatly diminished in the wake of Maria due to the extreme time spent without power. It will take a lot of public education campaigning to correct misconceptions and quell fears associated with technology that has wronged the island in the recent past. Open houses allow for one-on-one communication with community leaders.

Creating accounts with the intent of granting the community quick access to facts, graphics and answers to frequently asked questions is an efficient way to identify and engage with supporters. Additionally, social media is an easy way to keep stakeholders informed. Launching social media in a timely manner allows you the chance to control the promoted message rather than being forced to react when opposition arises.

For those who do not have access to the internet, door-to-door campaigning will be the most effective method of relaying project information. A strong sense of community helped many through the devastation caused by the hurricane. Neighbor to neighbor communication is vital.

While social media campaigns will still reach an important audience, it is imperative to account for those that will benefit more from physical mailing. Direct mailing is cost effective when targeted to specific demographics- i.e. invitations to public hearings or open houses to supporters once they have been identified. Sending a direct mailer that corrects myths and clarifies misconceptions could sway those who have not taken a stance in your favor.