In South Africa, Solar and Wind Get a Boost - Maybe

Tuesday, 03 December 2019
0
Al Maiorino
South Africa's Integrated Resource Plan is in, which is a comprehensive strategy for the next decade of energy, and the mixes of energy, for the nation. The total megawatt increase by 2030 is projected to rise over 50 percent over current levels, and most of the increase is expected to be from renewable sources. 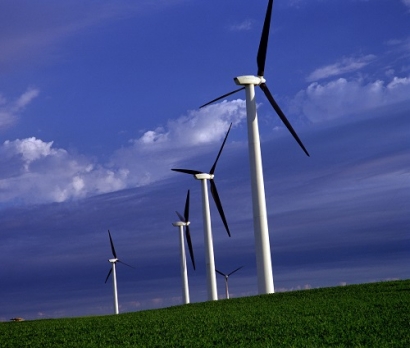 In South Africa, Eskom Holdings, the state power utility company, produces 95 percent of the power, and mostly from coal fired power plants that are due for retirement due to non-compliance with the current environmental regulations. Nearly 50 percent of the new megawatts produced by 2030 will come from wind power, over 20 percent from solar, and only 6 percent from coal. Key to the plan as well is that South Africa's only nuclear plant’s life will extend another twenty five years, however no new nuclear plants will be built after 2030.

However, coal's demise will be slow. Even in 2030, coal will represent nearly 60 percent of the nation's output, down from 95 percent today. Some of the Eskom plants are breaking down, and recently rolling blackouts occurred in the nation. Recent load shedding was due to a loss of nearly 10,000 MW.   Financially, Eskom's losses topped $1 billion this year alone. Part of the problem is that there is a shortage of coal, and many banks that finance projects are moving away from financing coal projects. Environmental groups are also pressuring change.  Greenpeace recently used satellite imagery over a two month period in 2018 showing the province of Mpumalanga had some of the worst nitrogen dioxide pollution on the entire planet.

Will solar and wind then get the boost they need from the Integrated Resource Plan? What may actually boost South Africa's chances is an integrated continent approach. At a recent Africa Investment Forum, leaders of Africa discussed sustainable energy, and stated that nearly $70 billion in deals would close in the near future on energy projects alone.

Will public opposition slow renewables?  Not likely at the onset as in Germany, Europe and America.  However as coal loses its grip on energy, and large wind and solar farms start appearing, public opposition could surface.   As always, we suggest that renewable energy companies be proactive, and promote their projects in South Africa with positive tactics such as:

Political support is crucial to the success of renewable energy projects and movements.  South Africa is no exception.  Public support for projects must be expressed so that the political leaders continue to support and champion solar and wind, and all things renewable.