Key Lessons from the “Ready for 100” Campaign to Promote Renewables

Friday, 08 September 2017
0
Al Maiorino
The commitment to renewable energy targets has been a pillar of progressive climate policies in many countries for years. However, with the help of the Sierra Club’s “Ready for 100” campaign, now many U.S. cities are moving beyond rhetoric on the national level to take real action in the form of a commitment to power 100 percent of the community’s electricity needs with renewable energy by 2050. Already, over thirty-seven cities have signed on to such mandates for action, and five cities have achieved the 100 percent renewable energy use objective, including Aspen, Colorado; Burlington, Vermont; Greensburg Kansas; Kodiak Island, Alaska; and Rock Port, Missouri. As dozens of other city centers work towards the transition to 100 percent renewables, pillars of this successful campaign can be replicated in suburban and rural areas to promote renewable energy. 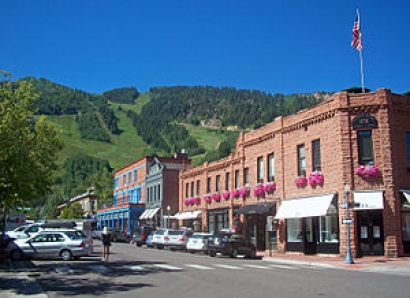 Climate leadership in cities is productive in the effort to combat climate change because more than half of the world’s population lives in urban areas. However, the Sierra Club’s recent national survey of U.S. adults found that 83 percent of respondents support a goal of 100 percent clean energy. This leaves enormous potential to build support for the development, production and consumption of renewable energy in communities nationwide.

An essential component of the “Ready for 100” campaign is citizen involvement. At a time when many are frustrated with the division that plagues policy conversations taking place on the national level, citizens can look to their local leaders to facilitate change. “Ready for 100” makes citizen advocacy on the local level easy and appealing to supporters through several pillars of the campaign’s successful model.

One glance at the campaign’s homepage indicates the characteristics of an effective grassroots website. It is ripe with graphics, videos and testimonials to help educate on the issues. However, more importantly, there are interactive characteristics that engage the viewer from square one. For example, website users can enter their zip code to get climate facts about a particular metro area or state. Facts include public transportation ridership data, number of green buildings and electric vehicles.

Additionally, the website draws in social media posts to create a photo petition. Citizens can contribute their photos to the petition by using the campaign hashtag (#ReadyFor100) on Twitter and Instagram, or by submitting an image directly through Tumblr. Whereas most petitions focus on the numbers, these images connect faces with names, making for great content that reinforces the depth of support.

For any grassroots campaign to be successful, the call to action must be easy to understand and well-suited for multi-platform communication. When public officials hear in masse from their constituents, it pressures them to take a position. Today public officials are operating just as frequently on social media to connect with constituents, and therefore, advocacy on social media platforms is useful, and most effective when it is well organized.

One highly effective call to action deployed by the “Ready for 100” campaign utilizes form letter that supporters can sign on to by filling out their email address and contact information right on the campaign website itself. The brief letter urges mayors to make the move to 100 percent renewables and outlines the key overarching themes behind this initiative. Hardly any work is required on the part of the advocate to participate. There is no need to copy and paste suggested content (or develop one’s own), and it is not necessary to look up email addresses for intended recipients. All the advocate must do is click submit. They can share the letter URL with others in their community for a constant flow of support letters to their mayor, and also help expand the movement nationally by urging others in their social media network from various regions to get involved.

As stakeholders from the academic, environmental and business/technology communities get involved, the discourse is elevated. Citizen advocacy initiates the conversation, and stakeholders help identify ways to implement 100 percent renewables initiative locally. A pledge from public officials is an essential step, but funding and accountability developed in partnership with stakeholders ensures that the campaign’s vision will become a reality. It is important to engage stakeholders to activate their contacts as part of the grassroots effort as well as for their institutional expertise.

In total, the “Ready for 100” campaign has just announced the milestone in which 150 mayors have pledged support for this campaign across thirty-three states. The greenhouse gas reduction that will result is estimated to be the equivalent of taking 12.5 million cars off the road, according to Sierra Club estimates. As this movement continues to grow, both localities and companies that put forth new renewable energy proposals, whether policy or development related, can benefit from grassroots support. Well organized outreach equips citizens with the tools they need to urge change—and that’s great news for the renewable energy industry!