Portugal combines hydro and solar power: How the technology can be implemented around the globe

Friday, 04 August 2017
0
Al Maiorino
Portugal, a country inching closer to fossil fuel independence each year, has revolutionized the renewable energy industry once again. In early July, the world’s first ever hydro-solar plant began full-scale operation. Now floating on the surface of the dammed river at the Alto Rabagão Dam are 840 solar panels that work in conjunction with the dam’s hydroelectric rotors. Floating solar farms are quite common, but none of the existing floating solar farms work in tandem with a hydroelectric plant, making Energias de Portugal’s project the first of its kind. 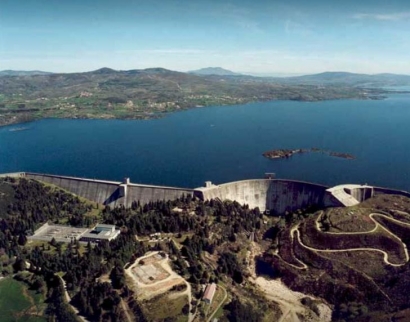 Combining hydro and solar power as Energias de Portugal did at the Alto Rabagão Dam, creates potential for enormous growth in the renewable energy industry, both in the U.S. and across the globe. According to the National Hydropower Association, there are roughly 2,200 hydroelectric plants in operation in the United States. If each of these plants were to replicate and implement this technology demonstrated in Portugal, 220,000 additional home each year could be powered strictly by renewable energy.

Economically, both the hydroelectric industry and the solar industry would benefit from such a merger. Hydroelectric companies could significantly increase energy production at their plants without having to spend money on dam reconstruction, a process that has been deemed rather costly and environmentally hazardous. Solar companies could see economic benefits in nearly every facet of the industry, and more importantly it would serve as a stepping stone for solar to become more utilized for both mass production and individual residences.

For energy companies that seize this opportunity and recognize the potential in combining hydro and solar power, it will be important to recognize the areas in which they will face opposition during the approval process for the new development. Given the rugged relationship that already exists between the hydroelectric industry and the World Wildlife Federation, companies can certainly expect backlash and opposition from wildlife groups and activists. In addition, companies may face opposition from community members who do not view a floating solar farm as “aesthetically pleasing.”

To manage this risk, public opposition can be countered using digital and grassroots campaign tactics to build support amongst members of the community and public officials. To kick off any digital campaign, prepare a thorough website that regularly updates residents, dispels new myths and disseminates new information. Website content should allow the audience to obtain key ideas on project details and benefits without having to do too much reading. Visuals and well-organized content are key to ensuring your message gets across. This website should also include a link that allows people to submit letters of support directly to public officials and elected leaders as well as provide downloadable fact sheets, and any other resources that may help advocates build support.

Social media platforms such as Facebook and Twitter have grown into powerful campaigning tools. Facebook and Twitter accounts dedicated to the renewable proposal offer enormous opportunity to reach community members organically through peer-to-peer information sharing. Any content posted should be bolstered as needed by social media marketing, which is both cost efficient and effective to introduce the proposal to new audiences. These ads will increase awareness and drive website traffic to continuously reach new segments of the population.

Another important and effective aspect of grassroots campaigning is stakeholder relations. Contacting stakeholder groups both locally and statewide to coordinate grassroots efforts can amplify messaging through newsletters, email blasts, presentations to the organization’s members, and state house days to petition the legislature. Coordinating a call to action with stakeholders can greatly enhance support in a meaningful way.

Portugal may have opened the door for revolutionary innovation in the renewable energy industry, but it will be up to hydroelectric and solar companies located across the globe to make sure the technology is implemented and utilized. Doing so will require strong and strategic public affairs campaigning that uses both digital and grassroots tactics to ensure these innovative projects come to fruition in any country.