Tuesday, 02 September 2014
0
Al Maiorino
Transylvania County in North Carolina is currently engaged in intensive internal debate about the role of biomass in their future. The current state of affairs began last year when Renewable Developers, a New York based LLC, proposed the construction of a biomass waste to energy conversion plant in the town of Penrose. 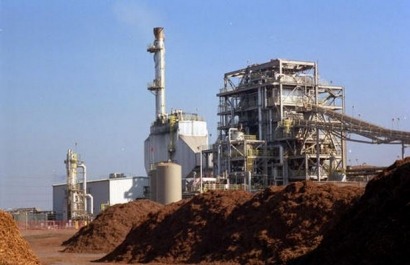 The new facility would utilize the pyrolysis method of conversion to turn wood chips and municipal solid waste into approximately four megawatts of renewably sourced electricity. Unfortunately, staunch public opposition lead by the NIMBY group People for Clean Mountains (PCM) immediately began to oppose the facility after it was announced.

This is despite the fact that the Penrose plant will be clean, noiseless and as odorless as possible while bringing up to 26 new jobs and 70 temporary jobs to the economically discouraged community. Additionally, the new plant should have both fiscal conservatives and environmentalists on its side since the method utilized will allow the county to become waste independent while at the same time preventing the annual release of approximately 55,000 tons of the greenhouse gas carbon dioxide into the atmosphere.

Nevertheless, it is the impact of the opposition that has been felt in Transylvania County. To date, due to the efforts of the over 400 online members of PCM, the construction of the facility has been stalled. PCM’s ability to translate an online presence into a real world presence has been key to this victory, and their members have been vocally present at commissioner meetings.

As of July 17th all talk on the proposal has been tabled for another six months while the county commissioners try to come to a conclusion. When talks are reopened, there are a few tactics below that the developer and any other developer in a similar situation should consider:

The roll out of a public affairs campaign for any project is the one of the most crucial aspects of a successful outreach campaign in terms of acquiring supporter contacts. A campaign can be initiated with a variety of communications techniques. Reach out to all residents in a community through a city-wide education initiative that includes direct mail, paid advertising, and telephone identification calls.

Some residents may be swayed by the information presented in a mailer alone. It is a great way to contrast community benefits with sections on how to help personally. An effective mailer should include a tear-off mail in section with a space for supporters to provide their contact information for mobilization. The inclusion of this feature to the mailer allows the reader to act immediately before they lose momentum.

While the mailer is a must use tool to educate a community on the proposal, a certain segment of the population will always prefer the personal touch of a phone call. Therefore, it is the duty of a company to identify supporters through a phone call campaign that utilizes a persuasive script. Unlike mail, a phone call cannot be dealt with passively by simply casting it aside for later action. It is important that residents receive phone calls explaining why they should support a biomass facility so that myths and half truths put out by the opposition can be negated.

When energy providers secure the right to install on piece of land, their best move is to be up front and open with their new neighbors. With all due haste they should set up an open house style event with experts and company contact personnel on site to engage with locals on relevant issues. Having several outreach specialists available in a casual setting like this allows a more personal style of communication between company representatives and concerned citizens. It allows the company to explain its position in a more approachable format so that citizen concerns are more easily assuaged.

The casual, open approach to the event also takes away the opposition’s most powerful tool, their ability to grandstand and cause a scene. Protestors know that nothing shuts down a press conference faster than this type of behavior because either way they win by either stopping the company from explaining its position or by infiltrating the minds of other attendees, casting a pall over the entire campaign and attaining an image victory.

Organize and Manage a Database

Having a large cache of advocates willing to support you is always positive, and companies should strive to acquire as many as possible through responses to mailers and calls. However, if these on the-ground-proponents are not effectively managed and mobilized, they will prove useless in the long run. Companies must from day one establish a central database of their supporters. It should include at the very least names, phone numbers, addresses, and notes. The database can also be expanded to include district, party identification, and income to target communication in a particular way if need be. With this critical tool, companies can not only keep track of how many people are supporters and who they are, but they can also actually approach these supporters and ask them, “Will you help?” Asking this question can be the difference between a town council meeting devoid of supporters holding signs and rallying on behalf of the biomass industry and one packed with them.

Supporters, and opponents, might be most active where you cannot even see them. That is why it is no longer an option to not pursue a web presence, especially on social media. On the internet, many users feel the apparent anonymity allows them to express their thoughts in a less filtered manner. While this is great for promoting open, honest dialogue, it can also foment the formation of damaging rumors and misrepresentations. That is why even in this digital space a company and its supporters must be present. Wherever misinformation rears its head it must be confronted with factually accurate data from the company or more importantly a proposal’s supporters themselves.

The web is also a great place to really connect and network with supporters. It is the easiest way to keep them updated and informed in regards to progress being made, and it serves as a useful bulletin board that can enlighten many supporters with minimal effort and cost.

Some officials can be very ardent supporters of a certain policy even if their constituents might disagree. That is why every company must make a final push in their campaign to educate and inform its supporters about their government. Hold regular supporter meetings as a way to integrate letter writing drives and hearing preparation for speakers. Every town meeting and every campaign event should be filled with biomass industry supporters, to remind public officials that it is the public to which they are beholden.