Tuesday, 08 November 2016
0
Al Maiorino
Any renewable company or project manager that has navigated the entitlement process understands that it is a fragile process dotted with uncertainties of local politics and public perception. 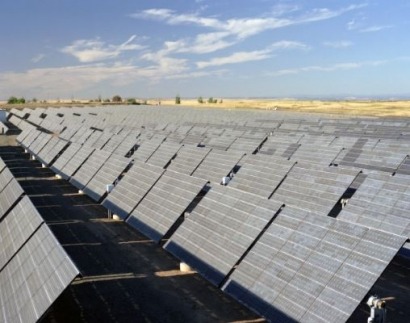 Whether the process for approval requires a vote from community members themselves, a rezone of the land or a regulatory approval, the road to construction for new projects in any renewable sector can often become an uphill battle, regardless of the projects’ many economic and environmental benefits to the local community.

It is interesting to note that even as pressure increases for corporations in other industries to take a position on social issues, including the environment in particular, this pressure does not always trickle back down to move residents to come out and support sustainable proposals at local community meetings as they are proposed.

For example, although approval of a solar farm in Gaston County, North Carolina was recommended 4-1 by the County Planning Board, about a dozen residents spoke out against the proposal as it went before the County Board of Commissioners. Ultimately, the vote was delayed another month, and the public comment period has since closed.

Gaston County now waits to learn the fate of the solar proposal through an upcoming Commissioners vote on November 10th to determine whether the 161-acre parcel will be rezoned before the solar company can even apply for a conditional use permit. For many proposals, delays are equally as harmful as outright defeat, as companies waste valuable time and resources during the entitlement process.

Yet, there are many ways companies can make important community outreach to not only break through the noise of the 24/7 news cycle and residents’ busy lives, but even come out on top in the eyes of public perception and public officials.

Many concerns surrounding aesthetics, noise, safety and wildlife are not unique to a specific renewable sector. Unfounded myths tend to rear up right from the moment an application is submitted so to prevent companies from operating in crisis mode in the eleventh hour before a vote, a plan should be in place to address potential concerns as soon as they arise. From traditional tactics to the new media tactics, a small effort can go along way in making the supportive voice the strongest voice.

Opportunities to connect with community members are numerous as typically the community wants to hear what companies have to say about a proposal but do not know where to look. To keep them from guessing, start with editorial board meetings to inform the media about the renewable project. Having these meetings up front will allow companies to introduce the community to the various resources to learn more as well as the facts about the project right from the beginning.

Stakeholders can then then have the opportunity to comment on articles and validate points about the benefits. Therefore, stakeholder relations are a critical piece of the puzzle as well and can range from local to regional or in some cases even national groups.

Launching digital platforms from the start is another way to go from making outreach to building grassroots support. While operating a social media page is certainly a time commitment, it is an essential way to spread the word about the proposal and set the record straight.

Social media complements a grassroots friendly website, with supporter signup forms and downloadable resources, built for the proposal as well. Devote a Facebook and Twitter page to the proposal and operate them as a forum for supporters. Opponents will likely operate in the social sphere and therefore, so should proponents—proponents just need to be provided a place to connect.

With social media, paid advertising can suit any budget and help to build a following of supporters. Starting off with advertising to get your page in front of people most likely to hit the “Like” button will go a long way. A/B testing ads with different messaging will help define the most likely pool of social advocates. Then, with the help of engaging content, supporters can share posts to spread the word among their followers to increase website impressions and answers to a page’s calls to action.

The effort to make outreach does not end with digital. One critical step companies can take is to host an open house. This allows for people to learn more firsthand about the project and meet with experts face to face. Speaking with the experts behind the operation can make community members feel more comfortable and ready to listen, if they are not yet ready to offer outright support. Stations set up can focus on the hot button issues, allowing residents to visit the ones that concern them the most for the factual information and handouts.

The objective of running a grassroots campaign of any size is to form relationships between a company and supporters as well as between supporters themselves so they can share their stories of support. Everyone’s reason for supporting renewable energy may be slightly different.

Sharing these stories builds a web of support that gets transferred among peers and can be elicited when it comes time for hearings in the local approval process. Letters and testimony of support from constituents are important tools to move public officials towards support. Creating a grassroots-styled campaign within a community will help ensure backing for a development and prevent crisis when it matters most!