The Twelve Months of NIMBY and Renewables in 2019

Tuesday, 31 December 2019
0
Al Maiorino
Renewables are surging ahead as sources of energy, however public opposition is still slowing, and in some cases even stopping projects. Every month in 2019 saw successes, and sometimes, defeat or stalling for renewables. 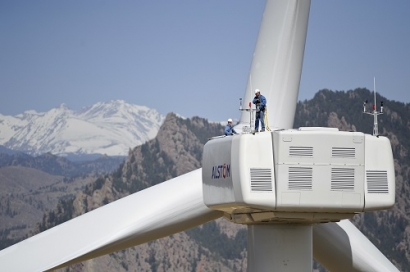 Energynews.us reported in January that opposition was building against a high voltage transmission line in Wisconsin that would bring wind power to many areas.  Known as the Cardinal-Hickory Creek line, opponents include conservation groups, farmers, and Amish residents. Some residents fear wildlife disruptions and that the voltage line would hurt tourism in the area.

In February, dialogochino.net reported that the Rosita's dam hydro plant in the east part of Bolivia faced serious opposition from 12 nearby areas and communities that relied on farming.  Over 500 families have expressed fear they would be displaced. The project would produce 600MW of electricity. There may be a referendum called to decide whether the government will move ahead with this project.

In March, residents of Whitton, Texas fought an 1,100 acre solar farm that would bring 450,000 solar panels to the area, and power 25,000 homes with the 127MW project. Solar is currently the fastest growing source of electricity in the Lone Star State.  Residents have taken to social media to oppose the project and spread the word to fellow area residents.

A Reno County Planning Commission meeting in April saw opponents ask for more safety zones, lower allowed decibel limits, and stricter setbacks on a wind farm proposed in this Kansas county.  The commission took in 13 hours of public comment, with over 85% opposing the wind farm plan in that county.

The Independent reported in May that after the UK parliament declared a climate emergency, they then increased the VAT on solar installations by 400%. Domestic solar has become popular in the UK, and the costs have dropped.  Never let a good program go to waste!

Afrik21 reported in June that a hydro project in Murchison Falls in Northwest Uganda was facing large scale opposition.  Residents have taken to social media and launched a petition that collected over 2,500 signatures. Residents wanted assurance that the project would not have a negative effect on the tourism industry in the area.

In July the Mississippi DEQ approved a biomass project, however not without opposition. Opponents, made up of several environmental groups statewide and regionally, feared the effects on wildlife and climate, and submitted over 3,000 comments against the project versus 100 comments in support.

Hawaii News reported in August that despite approval of an eight turbine wind farm in Kahuku, Hawaii opponents had come out against the project as an oversaturation of turbines in that area. The opponents lodged complaints including the impact to endangered species such as native birds and the Hawaiian hoary bat.

In September the Environmental Minister of New Zealand vetoed a hydro electric plant on the Waitaha River that would have powered some 12,000 homes. The minister expressed concerns due to the natural beauty and wilderness in the area, and the concern for kayakers in the area.  The project did have some support of nearby coastal residents nearby.

In Wheatland Township, Michigan, it was reported in October that a 166mw wind farm proposal was facing opposition from area residents and that protesters were gathered outside township buildings.  Complaints ranged from appearance, noise, harm to wildlife and other disturbances.

November saw opposition to a large scale solar project in Western New York in the community of Hartland.  A grassroots group formed in opposition to the 350 MW project that spans two communities, with 1,500 acres in Hartland and 500 acres in Newfane.  Opponents also tried to influence the local elections by having residents write in the names of anti solar activists. Opponents argued that the farmland damage and pollution were key factors in their opinions.

In December,  at the border of Muskegon and Kent County Michigan, a 31- turbine wind farm was withdrawn due to the project being made non-viable because of severe rules being placed on half of the site for the turbines in Casnovia Township, which is in Muskegon County.

Wishing you a NIMBY free year in 2020, and a greater build out of renewables.