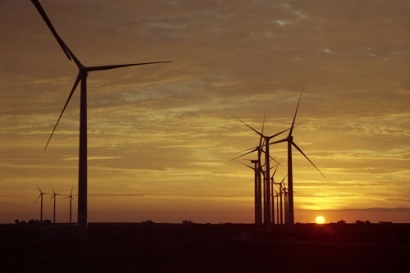 France has been working towards growth in renewable energy sources such as wind, solar and hydro power in hopes of reducing its dependence on nuclear energy from 75 percent to 50 percent of its electricity needs by 2025.Long-running opposition to wind farms from French activists has frustrated attempts to reach renewable energy targets. One tactic opponents use is filing appeals against wind projects through administrative courts. Those courts take years to hear cases, thus further delaying the completion of projects.

According to an January 2018 article from Reuter, “The filing of appeal after appeal against projects has become a French pastime,” statedGwenaëlleHuet, renewables energy director at Engie, the biggest wind power producer in France.

Wind farm opponents will use these tactics to slow down projects which can lead projects to become financially not viable. Many opponents of projects know that “slowing is as good as stopping” in some cases.

Activists have also successfully blocked completion of wind farms near historic sites such as Mont Saint Michel in Normandy, and energy company Engie was forced to abandon a project near a World War I battlefield last November. It currently takes seven to nine years on average to complete wind projects in France, compared to three to four years in Germany.

Companies seeking to bring new wind and renewable projects to function in France will need to develop a campaign to promote the projects, increase support, and avoid further delays. Here are some tactics and points that should be considered in an integrated communications plan to build public support and educate residents on any wind project:

Effective use of digital is an important tactic to build grassroots support amongst members of the community and public officials. The most important piece to any digital campaign is to prepare an effective website that regularly updates residents, dispels new myths and disseminates thelatest information.To get your project’s message across effectively, website content should be clear and well-organized.This website should also link resources to educate viewers from third party sources and provide downloadable petitions, fact sheets, advocacy guides, infographics and more. Encourage people to sign up in support of the project to gather a supporter database. Targeted communications that call these supporters in the database to action makes the difference! Give citizens factual information on your development project to campaign most effectively.

Companies that wish to reach local residents with facts would be remiss not to include a social media campaign. Opening dedicated social media accounts for the project creates a defined target audience to reach with regular posts. Paid advertising is cost-effective on social media platforms, and it helps to build your audience and promote both awareness of the project and resources that help the community learn more.Producing video content to share on social media network feeds (either organically or paid) is a dominant tactic to grab your audience’s attention.

Facebook has been putting a significant emphasis on video content. Around 500 million people watch Facebook videos daily. Producing a one-minute video to allow your audience to obtain key ideas about your project or ways to get involved can be extremely effective in increasing your presence on social mediaand building support amongst members of the community and public officials.Twitter is also a great social media network platform to share video content, with 82 percent of users watching video content. Producing a 30-second to one-minute video on Twitter is an effective way to engage your audience and build knowledge, support, and awareness for your project.

Stakeholders go beyond landowners. While gaining the support of the landowners and immediate neighbors for a new wind farm or renewable project is essential, remember that stakeholders can include a variety of people and groups, such as former elected officials, chambers of commerce, downtown business groups, neighborhood groups, civic and nonprofit groups, and even education committee organizations. Start by reaching out to these groups to set up presentations to members or meeting with leadership. There are many ways stakeholders can help amplify messaging through newsletters, email blasts, social media engagement, events and more.

Communication is often the key to gaining approval on any wind farm, and often it is the difference-maker between project approval and defeat.