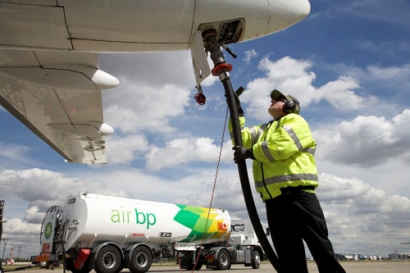 The volume is five times larger than that supplied by the businesses in 2019. Air bp will make the Neste-produced SAF available at selected airports in Europe, with deliveries to airports including Stockholm (ARN) and Oslo (OSL) expected to begin in the coming weeks.

The increased supply of SAF comes in response to rising demand from existing and new airline customers, as well as from Norway, where there is a mandate requiring 0.5% of all jet fuel sold to be SAF.

Neste’s SAF is produced from 100% renewable waste and residue raw materials. In its neat form and over the lifecycle, it can reduce up to 80% of greenhouse gas emissions compared to conventional jet fuel. SAF undergoes the same quality tests as regular fossil jet fuel and can be blended at up to 50% to fuel aircraft. Currently, SAF offers the only viable drop-in alternative to fossil liquid fuels for powering commercial aircraft.

“Air bp’s ambition is to be a net zero company by 2050 or sooner and to help the world get to net zero. Air bp aims to support our customers and the wider aviation industry on their path to meet their low carbon goals”, says Martin Thomsen, Air bp’s chief executive officer.

“The use of sustainable aviation fuel will play a significant role in the industry’s ongoing efforts in making air transportation fit for the climate and environmental challenges it is facing. We are looking forward to continuing our close collaboration with Air bp and jointly contributing to a more sustainable aviation,” says Thorsten Lange,executive vice president, Renewable Aviation at Neste.

Neste’s sustainable aviation fuel annual capacity is currently 100,000 tons. With their Singapore refinery expansion on the way, and with possible additional investment into their Rotterdam refinery, Neste will have the capacity to produce some 1.5 million tons of SAF annually by 2023.

Air bp has supplied SAF since 2010 and, to date, has supplied more than 20 customers and 16 airports globally, including Norway’s Oslo Airport where it was the first to supply SAF produced by Neste through the existing airport fueling infrastructure, in collaboration with other industry stakeholders.

In 2018, Air bp and Neste announced plans to explore and develop supply chain solutions for delivering SAF to airports and airlines. As a next step in their collaboration, in April 2019 they jointly developed a viable supply chain solution for sustainable aviation fuel to the Swedish market. This latest step in their cooperation will help to increase the availability of SAF at various airports through making best use of Air bp’s and Neste’s expertise in the fields of production, blending, supply and safe operations.