Alliance touts biofuels as COP 2014 gets under way

Tuesday, 09 December 2014
0
Dan McCue
With the start of COP 2014 in Lima, Peru, the Global Renewable Fuels Alliance reiterated that biofuels, like ethanol, are presently one of the most commercially viable, greenhouse gas emissions reducing transport fuel alternatives to crude oil in the medium term. 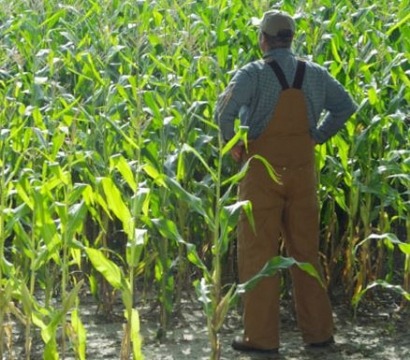 According to the Alliance, 25 percent to 30 percent of all global greenhouse gas emissions come from the transportation sector.

"Nearly a third of global GHGs come from the transportation sector, those GHGs need to be a priority if we are going to make a significant contribution to combating climate change. Biofuels must be an integral part of that fight,” said Alliance spokesperson Bliss Baker.

Earlier this year the Alliance forecasted that 2014 global ethanol production would reach 90.38 billion litres and its use worldwide would reduce greenhouse gas emissions by over 106 million tonnes globally.

The International Energy Agency's "Technology Roadmap: Biofuels for Transport," created with input from representatives of government, industry, academia and non-governmental organizations stated that “by 2050, biofuels could provide 27% of total transport fuel" and "the projected use of biofuels could avoid around 2.1 gigatonnes of CO2 emissions per year” and that biofuels "will eventually provide one fifth of emission reductions in the transport sector."

“It’s clear that today, biofuels like ethanol, are helping combat climate change but to reach their full potential requires enhanced biofuels friendly policies. The outcomes of COP 2014 must be the adoption of policies that increase biofuels use and reduce our reliance on fossil fuels,” Baker said.