Monday, 16 June 2014
0
Robin Whitlock
A new research study conducted by Bath University in the UK has found that oil can be extracted from coffee grounds and then subsequently transformed into biodiesel. 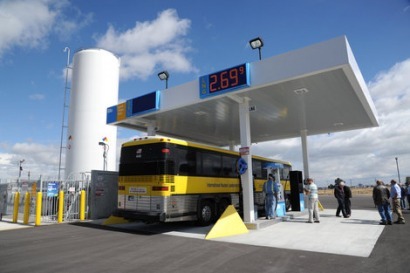 The study, recently published in the ACS Journal Energy & Fuels, explains how the oil can be extracted by soaking the coffee grounds in an organic solvent before being chemically transformed into biodiesel using a process called ‘transesterification’. The fuel properties of the finished product varies depending on the type of coffee ground used.

The Bath University researchers made biofuel from ground coffee produced in 20 different biographic regions, including caffeinated and decaffeinated forms and Robusta and Arabica varieties.

“Around 8 million tonnes of coffee are produced globally each year and ground waste coffee contains up to 20 per cent oil per unit weight” said Dr Chris Chuch, Whorrod Research Fellow from the University’s Centre for Sustainable Chemical Technologies (CSCT). “This oil also has similar properties to current feedstocks used to make biofuels. But, while those are cultivated specifically to produce fuel, spent coffee grounds are waste. Using these, there’s a real potential to produce a truly sustainable second-generation biofuel.”

The fuels produced by the process have a reasonably standard composition with little variation in the relevant physical properties of the fuels, irrespective of the source. This means that all waste coffee grounds can be used as a viable feedstock for producing biodiesel. Dr Chuck added that the yields and properties of biodiesel can differ according to the growth conditions of current biodiesel feedstocks. This can lead to some of them falling out of specification. The uniformity across the board for coffee biodiesel fuel is therefore good news for biodiesel producers and users.

The researchers believe that while coffee biodiesel would be a relatively minor part of the energy mix, it can be produced on a small scale by coffee shop chains to fuel delivery vehicles which could also be used to collect spent coffee grounds, taking them to a central biodiesel production facility to be processed. Companies such as London-based bio-bean already produce biodiesel and biomass pellets from waste coffee grounds.

“We estimate that a small coffee shop would produce around 10kg of coffee waste per day, which could be used to produce around 2 litres of biofuel” explained Rhodri Jenkins, a PhD student in Sustainable Chemical Technologies and first author of the study. “There is also a large amount of waste produced by the coffee bean roasting industry, with defective beans being thrown away. If scaled up, we think coffee biodiesel has great potential as a sustainable fuel source.”

The researchers are also looking at using other types of food waste as a feedstock to make biofuels and expect to publish their findings later in this year.