Wednesday, 18 April 2018
0
Dan McCue
A partnership of international companies is set to start construction of facilities for the production of biocoal. Biocoal can be used as sustainable fuel in power plants and heating installations. 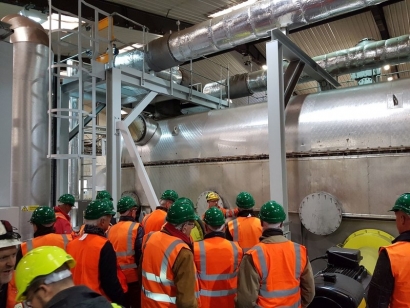 The partnership is initiated by Clean Electricity Generation, based in the UK, and Stork, headquartered in the Netherlands. Stork, a Fluor Company, will build and maintain the new production facilities. The building of the first new production plant is scheduled in Estonia.

CEG and Stork are currently working on a front end engineering and design of the installation. Construction is expected to begin in the third quarter of this year. Work will continue on installations in Finland and outside of Europe with a main focus on North America. CEG will supply the patented technology.

CEG already has a biocoal production facility in Derby, UK, where high-quality biocoal is produced. In comparison, the new factory in Estonia will be five times bigger.

The use of biocoal has been shown to reduce fossil carbon emissions. By using biocoal it is possible to make existing coal-fired power plants sustainable without any major adjustments.

To create biocoal, the sustainable residual flows of biomass are converted into biofuel through so-called torrefaction technology. With this technology the biomass is converted into sustainable coal via a thermal refining process. This creates a relatively cheap biofuel with a high energy density. The biocoal in the form of pellets can be used in traditional coal-fired plants, but also for industrial heating processes, buildings or city district heating projects.

The International Energy Agency has named torrefied biomass the cheapest, lowest risk biomass for storage, transport and processing, and also the best form of biomass as a global commodity. The partnership is accelerating this technology.

Other participating companies within the partnership include Carrier, which will supply essential parts for the production facilities, and investment company Momentum Capital, majority shareholder of CEG.

Martijn van Rheenen, CEO of Momentum Capital, said, "With this partnership we have a unique combination to contribute to both the energy transition based on proven technology and the creation of value for our investors.”