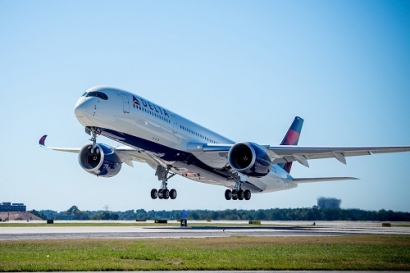 The sustainable aviation fuel, expected to be produced in a facility in Washington State, could be used in Delta operations at stations in Seattle, Portland, San Francisco and Los Angeles. NWABF's project would utilize wood residue deposits and wood slash lying on forest floors to produce the biofuel, which would qualify under an approved carbon-reducing pathway recognized by the American Society of Testing and Materials (ASTM). NWABF plans first delivery of the fuel by the end of 2023.

"Our research demonstrates that using forest harvest residuals to produce sustainable aviation fuels, not only reduces emissions from the aviation sector but also provides for much needed jobs in the rural and timber-dependent regions of the Pacific Northwest," said Michael Wolcott, co-director of the Northwest Advanced Renewables Alliance (NARA) and professor at Washington State University.

Delta expects the feasibility study to be complete by the middle of 2020. At that time, Delta will evaluate the next steps in moving forward with the project's development.

Since 2005, Delta has reduced its jet fuel consumption, leading to an 11 percent decrease in emissions as it works toward its long-term goal of reducing carbon emissions by 50 percent by 2050.

Delta’s sustainability efforts have resulted in the cocmpany being awarded the Vision for America Award by Keep America Beautiful in 2017 and the Captain Planet Foundation's Superhero Corporate Award in 2018, as well as being named to the FTSE4Good Index five consecutive years and the Dow Jones Sustainability North America Index nine consecutive years.