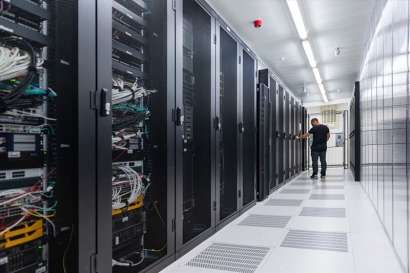 In the next phase, LCL plans to have all its emergency power generators in its five data centers in Belgium operating on Neste MY Renewable Diesel. The emergency power generators are only used during monthly tests, when the electricity is cut or during real power outages. During tests, the LCL technicians verify that all backup systems continue to operate efficiently, correctly and quickly.

“Switching to Neste MY Renewable Diesel enables an up to a 90% reduction of greenhouse gas emissions from the generators. With the volume of renewable diesel we are sourcing for emergency power generators, we will reach a reduction of 72 tons of CO2 equivalent,” says Laurens van Reijen, Managing Director of LCL Data Centers.

“We are striving hard to be an example for the other Belgian and European players in our sector”, adds van Reijen.

“We were delighted to receive the request from the data center specialist LCL to ensure its emergency power generators operate on Neste MY Renewable Diesel. We tested operating the Caterpillar generators with fossil diesel, with renewable diesel, also known as HVO100, and then with a blend of the two fuels. Our conclusion was that whatever fuel was used, the performance – the power and reactivity – of the generators remained the same,” says Tim Bisson, Director of Eneria Belux, a specialist in renewable energy supply and emergency power installations in Belgium.

“With Neste MY Renewable Diesel, greenhouse gas emissions can be reduced by up to 90% when emissions over the fuel's life cycle are compared with fossil diesel. Companies like LCL can reduce their climate emissions in an instant by just changing the fuel,” says Peter Zonneveld, Vice President Sales Renewable Road Transportation at Neste.