Tuesday, 07 May 2019
0
Robin Whitlock
Neste MY Renewable Jet Fuel has won an award for its role in reducing black carbon emissions in a competition jointly organised by the Climate Leadership Coalition, the Bioenergy Association of Finland, the Finnish Innovation Fund Sitra, the Finnish Environment Institute, and the Central Association of Chimney Sweeps. 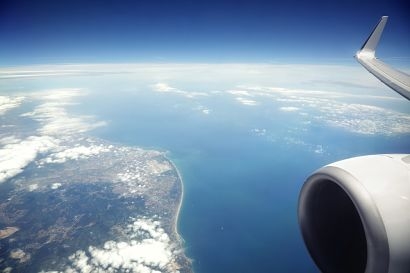 The amount of air traffic worldwide is predicted to double over the next 20 years. According to a research by the United States National Aeronautics and Space Administration (NASA), the use of renewable fuels could significantly reduce particulate emissions from aircraft engines by as much as 70 percent. This prediction is comparable to the results that can be obtained with the use of renewable fuels in diesel engines.

Neste’s renewable jet fuel can be mixed with fossil fuel up to 50 percent, and so it has good potential to bring about a significant reduction in the amount of black carbon emissions from aviation. More detailed research on the impact of renewable aviation fuel on particulate emissions is ongoing.

The Arctic regions are warming more than twice as fast as the planet on average. Approximately 20–25 percent of Arctic warming is caused by black carbon, which is made of very fine soot dust. Black carbon particulates heat up the atmosphere, and when they fall to earth on snow and ice they absorb sunlight, which accelerates the melting of ice and snow.

Black coal particulates are emitted through the use of wood, coal and other biomass as fuel in households, transportation, machinery, power plants, as well as through the burning of surplus oil and gas in oil fields.