Thursday, 30 April 2015
0
Robin Whitlock
The UK National Farmers Union (NFU) is urging the Department for Transport to raise the Renewable Transport Fuel Obligation (RTFO) to restore confidence in markets for farmers and processors. 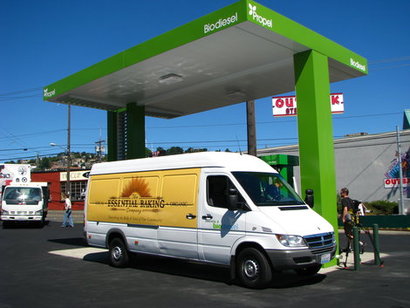 The NFU is consulting with the government on the RTFO in the light of recent changes to EU legislation affecting biofuel production. The cap on the volume of crops allowed for use as biofuel has fallen to 7 percent, down from a minimum of 10 percent. However, the UK is currently running at 4 percent and this presents an opportunity for a significant increase in domestic biofuel use, providing the DfT kick-starts demand through the RTFO. This would also help the UK to meet its current EU biofuel target.

Controversial EU proposals on Indirect Land Use Change (ILUC) have been used by the DfT as a justification for falling far behind obligations to increase biofuel inclusion. These proposals are now legislation and the NFU is pushing the DfT to meet the country’s commitments with the EU Renewable Energy Directive. This will in turn re-open markets for UK farmers.

“The biofuel industry has led the way in demonstrating standards on farm in the UK, across Europe and subsequently raising sustainability around the world” said the NFU’s farmer expert on biofuels and crops board chairman for the North East, Brett Askew. “With legislation passed this week limiting the amount of crops used for biofuel to address concerns about ILUC, and bringing certainty to the status of the Renewable Energy Directive, it is time for our government to put the RTFO back on track towards meeting the UK’s 10 per cent biofuel commitment.”

Mr Askew added that regulators must look at what is deliverable when considering their options to decarbonise the transport sector up to 2030 and beyond. Crop-based biofuels must play a significant part in the debate, as one of very few scalable and sustainable alternatives at present.