Wednesday, 01 March 2017
2
Dan McCue
Scientists at the National Research Centre in Egypt have developed a biofuel suitable for aviation from jatropha plants. The plants are grown in the desert using sewage water. 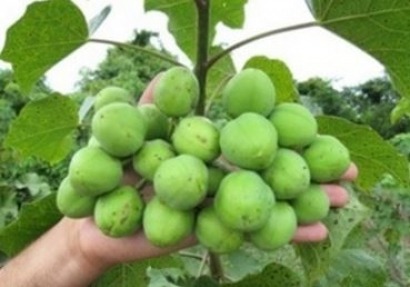 The NRC was commissioned by the Civil Aviation Ministry to find a local source for the biofuel as part of the International Air Transport Association plan to halve carbon dioxide emissions by 2050.

The use of jatropha oil for jet fuel is not a novel idea and in fact, Air New Zealand conducted a flight test successfully using a 50-50 blend of oil from jatropha plants and standard A1 jet fuel  as far back as 2008.

One issue with the use of the plant for fuel was discussed in The National Review in 2013. It stated. “Seventy million gallons of jatropha-based jet fuel from 250,000 acres per year is equal to 280 gallons per acre per year, or 6.66 barrels per acre per year… It would take roughly 285 million acres — 445,000 square miles — of jatropha to satisfy our annual demand for jet fuel. That’s a land area about the size of Texas, Colorado, New York, and Ohio combined.”

The report from the NRC doesn’t mention this issue saying only there is a serious challenge to the use of jatropha due to the high cost of production attributable to the use of additives to lower the freezing point.

However, Monarca, a Mexican-based company also involved in producing aviation fuel from jatropha oil, doesn’t see that as a problem. According to a press release issued by the company, quoting CEO Jack Katz, ““Our Monaca project in the Yucatan is being expanded to add another 33,000 hectares of jatropha to produce low cost seed oil for the US refineries,”

The biofuel market is growing faster than the supply and a number of refineries are planned to be online by 2019 without low cost seed oil feedstock in volume. The current project is focused on producing 30 million gallons annually of biojet fuel for the Mexican government’s Aviation Services Department (ASA).