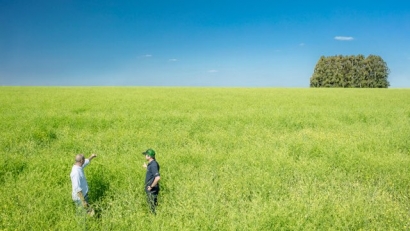 Brassica carinata is an oilseed crop specially designed for sustainable production of biofuels. UPM Biofuels has been developing and testing a new type of biofuel feedstock concept by growing Brassica carinata as a secondary crop in South America. The crop works well in the climatic and agricultural conditions of Uruguay and has been tested by local farmers. Brassica carinata cultivation adds value to their use of existing agricultural land as it will be used productively also in winter.

RSB is one of the European Commission's approved voluntary schemes, which can be used to show compliance with the EU Renewable Energy Directive's sustainability criteria. In addition to EU RED criteria, the sustainability of biofuels is evaluated against 12 principles which have been approved by a wide variety of stakeholders, including NGOs and UN agencies. In addition to greenhouse gas savings compared to fossil fuels, RSB principles cover biodiversity, human rights and environmental and social responsibility throughout the value chain.