Thursday, 06 August 2015
0
Dan McCue
United Parcel Service, the world's largest package delivery company, has signed agreements for up to 46 million gallons of renewable fuels over the next three years. 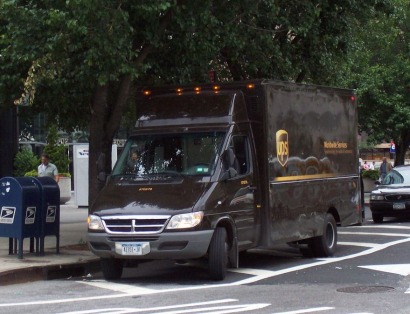 The company, also known as UPS, says the deal represents a 15-fold increase over its prior contracts and make it one of the largest users of renewable diesel in the world.

The agreements with three leading suppliers of renewable fuels, secure access to an advanced renewable diesel fuel in order to meet the company’s objectives for alternative fuel utilization.

Neste, Renewable Energy Group and Solazyme will supply renewable diesel to UPS to help facilitate the company’s shift to move more than 12 percent of its purchased ground fuel from conventional diesel and gasoline fuel to alternative fuels by the end of 2017.

UPS previously announced a goal of driving one billion miles with our alternative fuel and advanced technology vehicles by the end of 2017.

“Advanced alternative fuels like renewable diesel are an important part of our strategy to reduce the carbon emissions impact of our fleet,” said Mark Wallace, UPS senior vice president, global engineering and sustainability.

“We have used more than three million gallons of renewable diesel to date with positive results," he continued. "Renewable diesel has a huge impact significantly reducing lifecycle greenhouse gas emissions by up to 90 percent less versus conventional petroleum diesel. Renewable diesel also performs well in cold weather, does not have any blending limitations and can be easily ‘dropped in’ to our fuel supply chain without modifications to our existing diesel trucks and equipment.”

Renewable diesel is an advanced hydrocarbon-based fuel that is fully interchangeable with petroleum diesel and offers superior performance and benefits, much like how synthetic lubricants are used in cars instead of petroleum-based lubricants.

Bio-based feedstocks from fats, plant oils and waste residues are converted to renewable diesel using advanced refining technologies. These new bio-refineries also have the capability to produce other renewable fuels such as renewable jet fuel, renewable gasoline and renewable propane.

“UPS believes these agreements are especially important because they  will help stimulate demand for investment in refinery technologies and sustainable feedstocks needed to produce renewable fuels at a total cost that is comparable to more carbon-intensive petroleum fuels,” Wallace said.

UPS has been using renewable fuels for more than a year in trucks operating in the US states of Texas and Louisiana. The new agreements pave the way for expanded use across the U.S. and potentially in parts of Europe.

Neste, headquartered in Espoo, Finland, is the world’s largest producer of renewable diesel. Neste produces NEXBTL renewable diesel from a variety of feedstocks including more than half from waste and residues.

Solazyme, headquartered in San Francisco, produces a blended fuel made from microalgae and other renewable feedstocks.