Thursday, 05 July 2018
0
Robin Whitlock
UK renewable energy developer Ecotricity has announced the launch of a new vegan electricity tariff in response to the use of animal by-products from the meat and dairy industries to generate power and produce gas across the country, but the anaerobic digestion (AD) sector has responded that it is important to deal with waste effectively, whatever its source. 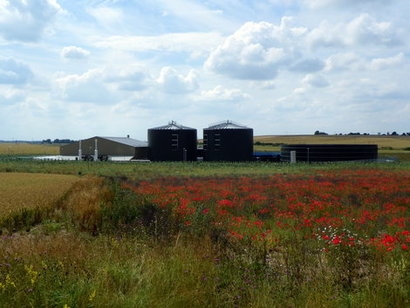 Ecotricity is targeting millions of ethical consumers who are choosing to becoming vegan or vegetarian or who are otherwise interested in animal welfare. The company says that people are currently, and unknowingly, powering their lives with electricity and gas made using the by-products of the meat and dairy industries, including animal body parts. It says that the practice of using animal by-products and even dead animals to make electricity and gas in Britain is widespread, not just among the Big Six, but among smaller and even ‘green’ suppliers too, and that it is often kept secret, being disclosed only in regulatory materials.

Late last year Big Six supplier SSE admitted it used dead salmon from factory fish farms in Scotland to generate some of its power, while a media expose showed that small green supplier Good Energy generated some of its 'ethical green energy’ using pig slurry from a factory farm at the centre of animal cruelty allegations.

Ecotricity says it has a longstanding policy of refusing to buy electricity or gas from animal related sources – and has now backed this up with Vegan Society registration for its electricity, with gas to follow.

“For millions of Britons there’s a secret ingredient in their power, energy companies big, small, brown and green are using the by-products of factory farming to make electricity and gas” said Ecotricity founder Dale Vince. “That’s not against the law, but it shouldn’t be a secret, any more than the ingredients in the food we buy should be secret - energy suppliers need to come clean. We need clear labelling of energy sourcing so that people can make informed choices. A large and growing number of people in Britain make choices everyday according to their principles to avoid animals and animal-derived products or those from factory farms - but millions of people unwittingly supporting the meat industry with their energy bills”.

Mr Vince added that this is a new frontier for the issues of veganism and animal rights and that it isn’t just the Big Six energy companies that are operating in this way – many independents in the ethical and green sector are doing it also. Vince said that while Ecotricity’s electricity and gas have been vegan for as long as the company has been able to operate accordingly, the company is now backing this up with registration from the Vegan Society so that people can be clear.

However, the Anaerobic Digestion and Bioresources Association (ADBA) has responded to the Ecotricity announcement by stressing that use of animal by-products in the generation of renewable energy and biogas shouldn’t be interpreted as de facto support for the meat and dairy industries. Generators using animal waste are merely acting to process waste effectively and usefully, in part as a means of countering the greenhouse gas emissions produced by these industries, emissions that clearly contribute to climate change, along with emissions from other sources. Thus, the use of animal by-products in anaerobic digestion (AD) is not supporting the meat and dairy industry, but instead dealing with the inevitable wastefulness of those industries and transforming it into a useful, clean energy, resource that is helping to counter climate change.

“Ecotricity's campaign serves to highlight the considerable waste generated by society today, which the anaerobic digestion industry recycles into valuable green energy and biofertilisers” said Charlotte Morton, Chief Executive of the Anaerobic Digestion & Bioresources Association (ADBA), acknowledging the good intentions of Ecotricity but clarifying the AD industry position on the matter. “We fully support the waste hierarchy and believe that as little waste as possible should be produced across all areas of society, including food waste and agriculture”.

Ms Morton added that in an ideal world, there would be no need for the AD industry, but that where these wastes are produced, and they are produced, in huge quantities, it is critical that those wastes are recycled through anaerobic digestion – which gets by far the most out of them compared to other waste treatment technologies – into renewable energy and biofertilizer, thus helping to restore healthy soil, rather than leaving them wasted and untreated, a situation in which invariably they would release climate-change inducing methane into the atmosphere.

“In the same way as recyclers of other materials such as paper, metal, or glass, anaerobic digestion is offering a solution to a problem we all create” Ms Morton said. “Anaerobic digestion is there to make the best of agricultural and other organic wastes (such as sewage and food waste) where they do arise, not to cause them in the first place - and this is a hugely important distinction”.