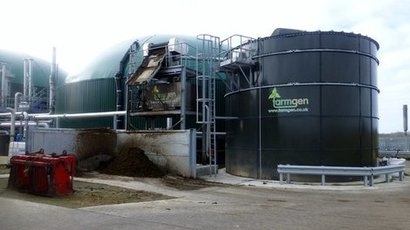 The report finds that despite efforts to cut waste and increase recycling, more than half of London’s waste ends up being incinerated in the process known as ‘Energy from Waste’. The amount of waste sent from London for incineration has doubled in the last decade, reaching a total of two million tonnes in 2017. The process takes materials out of the circular economy, releases carbon into the atmosphere and may also have adverse effects on health. The report concludes that London has to become more self-sufficient in waste management, reducing the amount of waste sent to EfW.

EfW is the main alternative to landfill, where waste cannot be recycled, and also generates electricity and heat. An EfW plant burns waste to produce steam which in turn drives turbines to generate power. However, both landfill and EfW are the least desirable forms of waste disposal as they both destroy materials that could potentially be recycled and also produce carbon emissions. Landfill releases methane from organic waste, methane being more dangerous to the atmosphere than carbon dioxide. However, plastic in landfill doesn’t biodegrade and thus releases very little carbon dioxide. This means that incinerating plastic can actually be more damaging than landfill.

One area in which waste disposal could be made more environmentally friendly is food waste. The report mentions that not all London boroughs offer separate food waste collections, meaning that food waste is being burnt rather than being disposed of via other processes such as anaerobic digestion which recycles food waste into renewable energy, low-carbon transport fuel, and nutrient-rich biofertiliser. For this reason, London’s current anaerobic digesters are currently under-utilised.

The conclusions reached by the report have been praised by the Anaerobic Digestion & Bioresources Association, the trade body for the UK AD industry.

“Today’s report rightly recognises that burning waste not only contributes to London’s urgent air pollution crisis but also fails to extract maximum value from what we throw away,” said Charlotte Morton, ADBA Chief Executive. “This report only serves to strengthen the case for the UK Government to finally introduce mandatory separate food waste collections across England to emulate the success seen in Scotland, Wales, and Northern Ireland. The government has set itself a target of diverting all food waste from landfill by 2030, but it will find this target impossible to meet without separate food waste collections.”