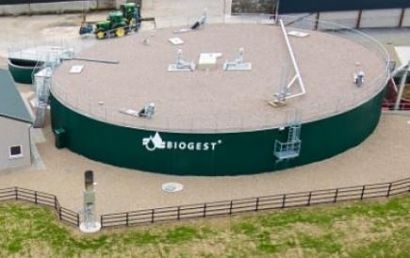 Central and Southern Italy benefit from a large availability of agro-industrial residues and an extensive natural gas network. In line with the targets for energy and climate change established for 2020 by the European Union, the Italian government introduced an incentive policy consisting of certificates (Certificati di Immissione in Consumo - CIC), which have the aim to promote the production of biomethane from by-products. This policy is particularly focused on the promotion of sustainable biofuels in the transport sector and can be seen as an efficient alternative to e-mobility.

In addition to the existing natural gas grid, the current infrastructure also includes an extensive network of filling stations with compressed natural gas and liquid natural gas as well as a large fleet of gas-powered vehicles (CNG for cars and LNG for trucks). Biogest offers its PowerRing technology to customers in the Italian market for biomethane projects. The system with its mixing technology has proven its worth during long-term operation and its possibility to operate with many different feedstocks like animal manures, straw and agroindustrial residues such as vegetable residues and olive pomace. The PowerRing technology draws on an extremely low proportion of the power it generates, because of the mixing technique, feeding system and overall design.

Biogest is an internationally active biogas plant manufacturer and operator with its headquarters in Austria and subsidiaries in the UK, France, US, Italy, Romania, Serbia and the Czech Republic. The company has completed more than 150 biogas plants generating electricity or biomethane to date.