Wednesday, 21 October 2020
2
Robin Whitlock
Biogest has received its second order to build an agricultural biogas plant for Morevim, a financial service provider and one of the leading energy investors in Turkey. 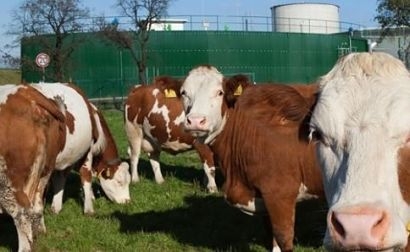 The project is the second biogas plant project in Turkey, having been developed in cooperation with Enerlinc Ltd. The company entered the Turkish market initially with an Indian and South Korean Biogest PowerCompact biogas plant.

The plant has an electrical output of 1.5 MW and is operated with cattle slurry and chicken manure, using 130,000 tonnes agricultural waste per year. The slurry will be transformed during the production process into high quality organic fertiliser, which substitutes the use of chemical fertilisers. The biogas plant is carried out in the proven high efficiency Biogest PowerRing technology, which has advantages regarding the energy efficiency and operational safety as well as the space-saving modular design.

An increasing energy gap with growing technology and population density has increased the importance of renewable energy resources. The biogas production from animal, agricultural and domestic waste is one of the most frequently studied and researched topics in Turkey. The Turkish Law forbids spreading the fresh slurry on fields, which constitutes another incentive. The published tariff by the Renewable Energy Resources Support Mechanism (YEKDEM) is attractive until June 2021 due to a six months expansion granted last month.

“As a company, we are already generating electricity in the solar system” said Morevim President Faruk Güles. “The location of the biogas plant is a very advantageous region in terms of agricultural and animal waste. We wanted to increase our current electricity generation capacity and enter the biogas sector, which is an environmentally friendly system. We really like the Biogest PowerRing system. The presentations were very convincing and I decided that the Biogest technology is more efficient than other conventional biogas systems across the market.”

Tags: Waste , Efficiency , Electricity , Renewable energy , India , Saving , Solar , Biogás
Add a comment
john
Hello! I just wish to give an enormous thumbs up for the nice info you\'ve got right here on this post. I will probably be coming back to your weblog for more soon! 먹튀폴리스
Digital Ali
Thanks for picking out the time to discuss this, I feel great about it and love studying more on this topic. It is extremely helpful for me. Thanks for such a valuable help again. visit this page
electric/hybrid