Tuesday, 05 June 2018
0
REM
The City of Chilliwack in Canada is building a Global Water Engineering high-strength wastewater pretreatment facility to handle the effluent from the new Molson Coors $200 million (US$153.9 million) plant in the Fraser Valley of British Columbia, which will produce beverages made with mountain-fed water at the foot of the North Cascade Mountains. 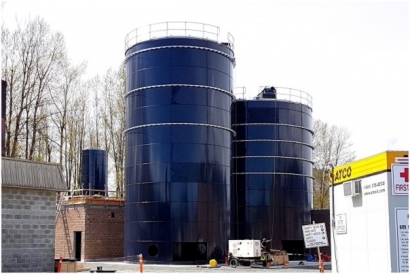 The 230-year-old beer maker is scheduled to start production in its new state-of-the-art Chilliwack brewery in 2019, delivering about 1000 jobs in the construction phase, with another 100 working at the brewery as it attains full production.

Wastewater from the new brewery will be pumped to the new facility, located adjacent to the existing municipal treatment works, from which it will then pass to the existing Chilliwack Waste Water Treatment Plant for final polishing and ultimate discharge. The pretreatment plant – which generates operating income for the City while removing the need for the brewery to invest in its own operators – has a capacity of 1500m3 of wastewater a day, with the removal of 7500kg a day Chemical Oxygen Demand, COD.

“The City of Chilliwack and Molson Coors have worked together in a far-sighted manner to deliver an outstanding wastewater pretreatment process that reliably safeguards the environment while facilitating jobs,” stated Page.

According to Page, the plant will also be able to produce biogas from the anaerobic digestion process. A portion of this will be used initially to heat the wastewater entering the anaerobic reactor, replacing any need to use fossil fuels to power the heating process involved. The excess biogas generated will also ultimately be available for resale commercially.

“Based on results already achieved for Molson Coors and at GWE wastewater treatment and waste-to-energy plants in North America and worldwide, the plant could ultimately achieve average daily biogas product of over 900 kW a day, or 300 MW a year if commercial customers are found,” concluded Page.

ANUBIX™ - B technologies have been employed at scores of breweries worldwide, including in the Americas, Europe and Asia. Different configurations of ANUBIX™ technologies are deployed at food, beverage and agribusiness facilities globally, where they are used to transform wastewater treatment effluent from a disposal issue to a source of green energy.