Tuesday, 22 September 2020
0
REM
The Orange County Sanitation District has engaged a team of Brown and Caldwell and Black & Veatch to deliver professional design services for a new temperature-phased anaerobic digestion facility at its Plant No. 2 in Huntington Beach, Calif. 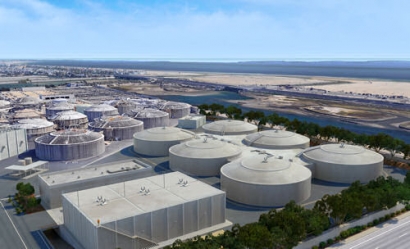 Courtesy of Brown and Caldwell

With the sixth-largest wastewater collection, treatment, and recycling infrastructure system in the U.S., OCSD provides wastewater services for 2.6 million people in central and northern Orange County.

The 144-million gallons per day capacity rated Plant No. 2 consists of 18 digesters built from 1959 through 1979. Due to their age, the digesters require significant rehabilitation to ensure protection against seismic hazards, comply with code, and be resilient to sea-level rise, as outlined in a 2015 structural/seismic hazard evaluation study by OCSD advising it to be more cost-effective to build new digesters than rehabilitate the existing. Subsequently, OCSD’s 2017 Biosolids Master Plan was developed to evaluate future biosolids management options and recommended capital improvement projects to upgrade solids handling facilities at the plant. The new Class A TPAD facility is the largest of several projects resulting from the BMP and will be capable of processing all wastewater solids generated from Plant No. 2 until 2045.

“This important project supports OCSD’s commitment to providing a reliable service to our ratepayers, expanding resource recovery, and prolonging the life of our assets or replacing them with improved technology and innovative solutions,” said OCSD Director of Engineering Kathy Millea.

Brown and Caldwell, in association with Black & Veatch, will develop and provide OCSD with a preliminary and final design for the new TPAD facility at Plant No.2. The final design will include configuration of the designated facilities, facility parameters, operation and maintenance information, and calculations required for construction.

“Our highly qualified team is thrilled to have been chosen for this project which represents a unique opportunity for OCSD to implement a next-generation biosolids facility in sync with its long-term goals,” said Brown and Caldwell Principal-in-Charge Dan Bunce.

After the design phase concludes by summer 2024, construction and commissioning of the TPAD facility is expected to start in 2025 and be complete by 2030.