Thursday, 16 May 2019
0
REM
Capstone Turbine Corporation and Green Energy Sustainable Solutions, Inc. (GESS) have entered into a joint marketing agreement to further the awareness of biogas and renewable natural gas (RNG) as the fuel of the future at the 103rd Indianapolis 500. 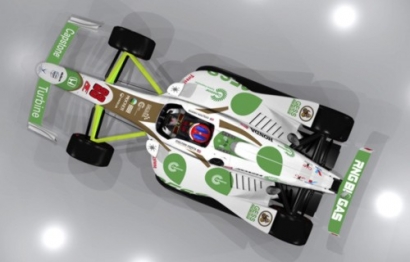 Capstone has agreed to join GESS in its partnership with Harding Steinbrenner Racing in a multi-race sponsorship of the #88 Honda-powered Indy car. Capstone and GESS will sponsor the car at the Indianapolis 500 and a variety of other races throughout the remainder of the 2019 IndyCar Series season under the terms of the joint marketing agreement.

Capstone and GESS recently signed a long-term national account agreement under which GESS placed an initial order for 9.6 MWs, or approximately $13 million, of Capstone microturbines. GESS is currently developing more than twenty biogas projects across the United States that will each produce 550,000 MMBtu worth of RNG to be directly injected into the national natural gas pipeline infrastructure. Under the new national account agreement, GESS plans to build out twenty plus projects over three years, which if executed successfully would mean GESS would purchase approximately $53 million of Capstone product.

“Having GESS and Capstone on our car for the IndyCar Grand Prix was exciting, and we look forward to competing at the 103rdIndianapolis 500,” said co-owner of Harding Steinbrenner Racing, Mike Harding. “ I’m looking forward to our partnership with GESS and Capstone, and continuing to bring great results on the track.”

“We are very happy to have GESS, and now Capstone join us as our sponsors for a multi-race deal,” said co-owner of Harding Steinbrenner Racing, George Michael Steinbrenner IV.

Capstone is committed to improving the efficiency of energy generated around the world, while simultaneously reducing global emissions of pollutants and greenhouse gases. Capstone, working in support of GESS, will provide biogas systems designed to help end-users improve their impact on the environment while meeting critical power and reliability needs.