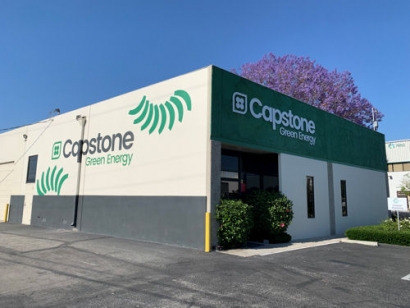 The new system, currently slated to be commissioned in November 2021, is expected to allow the site to reduce the amount of electricity needed to be purchased from the local utility. As a biogas-based system, the configuration will capture the methane produced by the anaerobic digesters and use it to fuel the C1000S system. Due to the coastal location, the system will include a high humidity enclosure, which minimizes the effects of the climate and helps ensure equipment reliability.

"Thanks to the anaerobic digesters, the plant essentially has access to free fuel. In addition, the methane produced will no longer need to be flared off into the atmosphere, which will reduce the plant's emissions and improve air quality for local communities," said Jim Crouse, Capstone Green Energy Chief Revenue Officer.

Capstone has appointed DTC Machinery, the Company's distributor in Central America, to provide support once the system is installed and commissioned.

According to the Environmental and Energy Study Institute (EESI),biogas can provide a clean, renewable, and reliable source of baseload power in place of coal or natural gas. Renewable baseload power can complement more intermittent renewables. Similar to natural gas, biogas can also be used as a source of peak power that can be rapidly ramped up. Using stored biogas limits the amount of methane released into the atmosphere and reduces dependence on fossil fuels. The reduction of methane emissions derived from tapping all the potential biogas in the United States is estimated to be equal to the annual emissions of up to 11 million passenger vehicles.

Capstone Green Energy is focused on increasing the use of biogas and other renewable fuels. In fiscal year 2021, 13% of Capstone Green Energy revenues were derived from biogas-to-energy projects or other renewable fuels. Generating electricity from biogas is a process that has been widely implemented around the world. World Biogas Association estimates that there are approximately 132,000 small, medium or large-scale digesters operating in the world, providing a large-scale global opportunity for implementing new biogas-based systems.

"The addition of a biogas-based microturbine system at a wastewater treatment facility is essentially a win-win for everyone involved," said Darren Jamison, President and Chief Executive Officer of Capstone Green Energy. "Not only does it provide long-term cost savings and environmental benefits, but it also offers greater energy independence and reliability. We believe it's truly an ideal solution for these types of facilities," concluded Mr. Jamison.