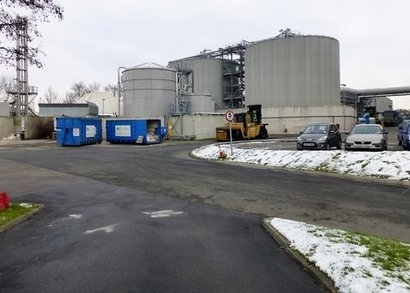 The Renewable Heat Incentive is a scheme introduced by the British government to encourage a transition in homes and businesses from fossil fuel heating to renewable and low-carbon alternatives. It pays people and businesses a tariff for each unit of heat produced from renewable sources and is funded directly by taxpayers, unlike subsidies for low carbon electricity, which are funded through higher energy bills.

Between November 2011 and August 2017, total payments under the RHI amounted to £1.4 billion. The scheme currently has a budget for new applicants until March 2021. Final payments to these applicants will run to at least 2040-41, by which time these payments are expected to have cost £23 billion.

The NAO report assesses the value for money of the RHI. It examines its rationale, the approach to implementation taken by the Department for Business, Energy and Industrial Strategy, progress against objectives and the overall cost-effectiveness of the scheme.

BEIS has reduced its ambitions for the renewable energy produced by the RHI by 65 percent and carbon reductions by 44 percent. It has also changed its strategy for reducing carbon emissions from heating and now sees a much smaller role for the RHI, focusing on a smaller number of homes and businesses that are not connected to the gas grid. Through the implementation of its Clean Growth Strategy, BEIS is now exploring other measures which are anticipated to make-up for the reduced carbon savings from the RHI

Overall, the report concludes that although BEIS showed flexibility in rolling out the scheme, the RHI has not achieved value for money. BEIS does not have a reliable estimate of the amount it has overpaid to participants that have not complied with the regulations, nor the impact of participants gaming them, which could accumulate to reduce the scheme’s value significantly.

“The government faces a huge challenge in cutting harmful carbon emissions” said Meg Hillier MP, Chair of the government’s Public Accounts Committee. “The NAO report shows how the government has massively cut back its ambitions for this scheme, and that as a result it will have to work even harder elsewhere”.

Hillier added that the government currently doesn’t know how it is going to cut carbon from UK heating systems in millions of homes and businesses around the country. Furthermore, there is limited time within which to work on this, so the government needs to start making real progress right now.

Charlotte Morton, Chief Executive of the Anaerobic Digestion & Bioresources Association, said that biomethane (green gas) is one of the technologies supported by the RHI and is currently heating over 300,000 homes, displacing almost 800,000 tonnes of CO2. This is equivalent to taking almost a million cars off British roads. Ms Morton added that as a home-grown, renewable source of heat, green gas is helping to decarbonise the UK’s gas grid and improving energy security through reducing the need for expensive natural-gas imports from unstable parts of the world.

“With support for the RHI due to end in 2021, we’re calling on the government to put in place long-term support for renewable heat to help give certainty to the green gas industry” Morton said. “The government should also set an effective carbon price that would better demonstrate green gas’s excellent value for money in reducing emissions and producing home-grown renewable heat.”

According to ADBA, some of the recommendations made in the NAO report have already been incorporated into RHI reforms currently going through Parliament. If these are passed, they will give a vital boost to green gas production in the UK. A decision on the successor policy to the RHI is due to be announced this year.