Waste Water of Cargo Ships is Now Made into Biogas

Monday, 13 December 2021
0
REM
The Baltic Sea Action Group is bringing together operators in a new Ship/t Waste Action co-operation project, in which ships' toilet waste water is discharged into the port and biogas is produced from it. The co-operation will accelerate the operating model in accordance with the circular economy, in which biogas is produced from the toilet waters of ships as a fuel for heavy transport. The Ship/t Waste Action co-operation is developing a waste management value chain between different actors, starting with the Port of HaminaKotka. 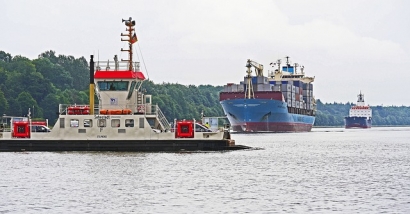 Image by Erich Westendarp from Pixabay

“From our goal of a cleaner Baltic Sea, it is possible to reach the ship, the port and the land of the Baltic Sea at once. All wastewater discharged ashore reduces the nutrient load on the sea. We need extensive cooperation to succeed, ”says Elisa Mikkolainen, BSAG's project manager .

Kymen Vesi treats toilet wastewater discharged by cargo ships into the port of HaminaKotka. The wastewater sludge generated in the process is processed into renewable energy - biogas at Gasum 's biogas plant. In addition, Kymen Vesi takes samples of wastewater from ships, and through this research data is obtained e.g. nutrient concentrations.

“The Port of HaminaKotka is the largest general port in Finland, with an average of 2,500 cargo vessels calling annually. We want to encourage ships to leave wastewater ashore. We receive and treat toilet wastewater in accordance with the circular economy, ”says Suvi-Tuuli Lappalainen, Development Manager of HaminaKotka Satama Oy .

There are about 2,000 ships in the Baltic Sea at any one time, 95% of which are cargo ships. An estimated 25,000 seafarers sail on these ships. Domestic and toilet effluents and chopped food waste generated by cargo ships may be legally discharged into the Baltic Sea.

“At Meriaura, we think that responsibility starts where the legislation ends. We want to be pioneers in preventing all ship discharges, and we expect other shipping companies to take voluntary and responsible measures to ensure that wastewater is recovered instead of in the Baltic Sea, ”says Mia Hytti, Meriaura's environmental expert .

Passenger ships, such as car ferries operating between Finland, Sweden and Estonia, have voluntarily left sewage in ports for years. The International Maritime Organisation's (IMO) ban on untreated toilet waste from passenger ships came into force in 2021. A similar ban on cargo ships does not yet exist.

All discharges into the sea are useless. Therefore, ship-generated waste should be recovered from ships in ports and further recovered. The voluntary actions that are now starting to show direction for responsible actors, both on land and at sea.