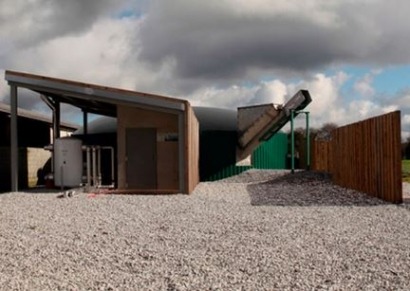 Amid the revision of Renewable Heat Incentive (RHI) tariffs, would-be independent power producers will need to reconsider their options as the market has seen heat-based tariffs rise and Feed-in Tariffs (FiTs) for farm-scale electricity generation become increasingly limited. In such a climate, Norvento forecasts that ‘heat-only’ AD plants will now start to find their niche in the farm-scale biogas sector. As new medium-scale wind energy users in the UK are shifting their focus away from exporting power for profit and towards on-site consumption, biogas users will find that using energy on-site provides the strongest business case for installing a renewable energy system.

In numerous cases, heat, rather than electricity, is central to supporting intensive on-site production processes. Dairy and pig farmers stand out as ideal users of heat-only AD plants; not only do they generate substantial ‘digestate’, or fuel, but they also rely on heat-intensive processes such as the manufacture of dairy products or the refrigeration needed to operate an abattoir.

Norvento asserts that, in the short term, the emphasis for these potential users must be on analysing how energy produced by an on-site system can be best used on site to guarantee a swift return on investment. The energy specialist estimates that a 600kW thermal (heat-only) plant that costs around £600,000 to install can have an annual gross income of ~£200,000 and a payback period as short as 3.5 years – providing all heat is used on site.

This compares to the installation of a CHP engine at the same plant, where, with 50 percent of the power produced consumed on site and 50 percent exported to the grid, capital costs would increase by £250,000 and the payback time would increase to nearly 5 years. The overall economics of a heat-only scheme are simply better.

Currently, heat needs to be consumed on-site as there is no means of ‘exporting’ excess heat to a district heating grid, unlike the electricity produced by a wind turbine or CHP plant. However, with substantial funding announced by the UK government for ‘heat networks’ across England and Wales, a number of pilot projects are underway that are projected to further incentivise the installation of heat generation plants.

“Having operated in the UK farm-scale energy sector for the past five years, we are increasingly helping landowners and small industries to reconsider their on-site energy needs, diversify their revenue streams and maximise opportunities in a rapidly evolving market” said Ivo Arnús, Director of UK Business Development, Norvento. “Heat-only AD systems, optimised to match energy demand, are already proving their worth for rural industries throughout Europe. By way of an example, Norvento has installed one of its BioPlant AD systems at a cheese factory in Spain, where there is no financial incentive scheme in place, but returns are highly attractive.”

Arnús added that it all comes down to the resources available at a site. If a landowner has organic residues and heating needs, an AD installation is something of a ‘no-brainer’, but if there is also a strong local wind resource, it might also be a good idea to deploy a wind turbine to produce electricity.

Norvento has a strong track record in the UK farm-scale energy space, as the manufacturer of the market-leading nED100 medium wind turbine, and the BioPlant AD system, a turnkey biogas system, tailored to meet on-site energy demand.