Thursday, 22 October 2020
0
REM
The University of California has taken a major step toward meeting its 2025 carbon neutrality goals with two innovative clean energy projects in California: the construction of a new biogas plant and a utility-scale solar array, a collection of multiple solar panels that generate renewable electricity. The efforts bring UC nearly halfway to its ambitious clean energy objectives while reducing costs along the way. 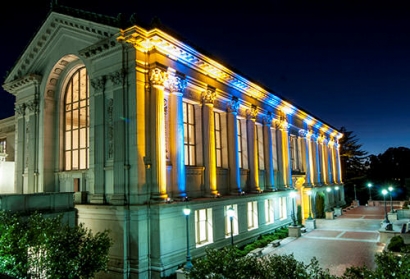 The projects will power all of UC’s 10 campuses. Taken together, the projects will supply to UC campuses energy equivalent to the amount used by 15,000 California homes.

“With the effects of climate change being felt across California and the world in the form of raging wildfires, increasingly destructive hurricanes and melting polar ice caps, the time for decisive action is now,” said President Michael V. Drake, M.D. “The University’s latest green energy projects are evidence that a cleaner future is not only possible — it’s happening now at UC.”

UC’s heat and power plants played an important role in mitigating demands on California’s electrical grid during recent heat waves. In fact, the UC Davis Medical Center delivered power to the Sacramento Municipal Utility District at their request. Currently, these plants burn natural gas, but UC’s switch to biogas in 2025 will allow these facilities to provide resilient, clean power. Biogas is a type of fuel naturally produced from the decomposition of organic waste largely comprised of methane.

“UC is leading the state’s transition to carbon neutrality with these long-term investments in renewable electricity and biogas,” said David Phillips, associate vice president of UC’s department of Energy and Sustainability. “We started this journey 11 years ago and we are well down the road to achieving our goals, goals that will benefit all of California.”

UC is partnering with Archaea Energy, LLC to develop a biomethane project in San Bernardino County that will capture and clean methane from an existing landfill . An on-site treatment plant will turn it into renewable natural gas for use on UC campuses. The facility expects to generate 900,000 MMBtus of renewable natural gas annually. The University will receive half of the production for 15 years — enough biomethane to replace UC Santa Barbara’s entire current natural gas use. The facility is scheduled to be operational by 2024. The project is UC’s fourth long-term biogas supply.

UC aims to have 40 percent of current campus natural gas use replaced by biomethane by 2025. The University currently uses about 15,000,000 MMBtus annually. All told, UC now has contracts for about 3,200,000 MMBtus each year — over half of our goal.

UC launched its Carbon Neutrality Initiative in 2013 with a commitment to cutting greenhouse gas emissions from its buildings and vehicle fleet to net zero by 2025, something no other major university system has accomplished. The initiative builds on UC’s pioneering work on climate change research and furthers its leadership on sustainable business practices.