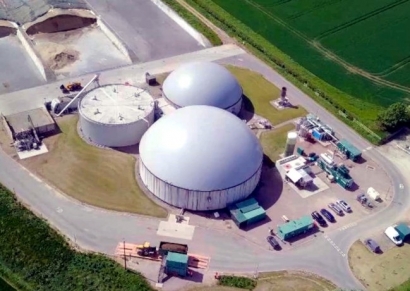 Richard Morse, Chairman of JLEN, said of the acquisition, "We are pleased with JLEN's continued investment in the anaerobic digestion sector, with this acquisition of its second AD plant in Norfolk, complementing JLEN's Egmere plant located nearby.”

The Warren AD plant, located in Methwold, Norfolk, UK, was commissioned in December 2015 and became operational in March 2016. The plant has a thermal capacity of c.5MWth and predominantly produces biomethane to be injected into the national gas grid. In addition, the plant also has a 0.5MWe CHP engine and is accredited under the Renewable Heat Incentive (RHI) and Feed-in-Tariff (FiT) schemes.

The Warren AD plant has been acquired from EIS funds managed by Amersham Investment Management and minority shareholder, Future Biogas.

FBL will continue to provide management, operations and maintenance services to the AD plant after the acquisition. FBL and JLEN have an existing relationship in relation to other AD assets, including the Vulcan, Merlin, Biogas Meden, Egmere and Grange Farm plants, in the company's portfolio.

This acquisition increases the total capacity of renewable energy assets in the JLEN investment portfolio to 286.2MW and further diversifies the Company's portfolio.

The acquisition was funded by a draw-down on JLEN's revolving credit facility.