Thursday, 10 March 2022
0
Food company Valio and energy company St1 have established a joint venture to produce renewable biogas as transport fuel using dairy farm manure and agricultural by-products. Suomen Lantakaasu Oy is planning the construction of Finland’s so far biggest biogas and liquefaction plant in North Savo. A prerequisite for the biogas production investment is improving the profitability of the entire biogas value chain and particularly more widespread use of a biogas-powered transport fleet. 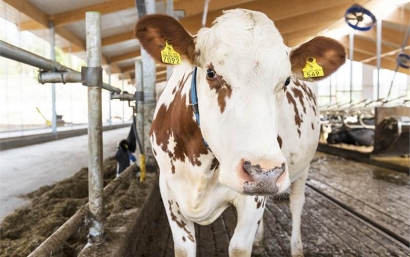 “Alongside climate actions, we must secure the continuity of Finnish food production: expenses for farms are at a historic high, and fertilizer, energy and forage costs are continuing to rise. The geopolitical situation is putting the spotlight on energy self-sufficiency. Increasing the production and use of domestic biogas addresses all these challenges,” says Teresa Laimio, Chair of the Board of Directors of the joint venture, and Valio’s Executive Vice President, Sustainability and Stakeholder Relations.

The St1 and Valio joint venture aims to build 8–10 production plants for biogas production and liquefaction by 2030. The company aims to produce a total of 1 TWh of renewable transport fuel, which corresponds to a quarter of the biogas need for Finland’s roadmap to fossil-free transport. St1 will distribute the biogas through its own nationwide network of fuelling stations for heavy-duty vehicles.

“Achieving the target of the roadmap to fossil-free transport requires significant investments in securing the supply of biogas feedstock, subsidising investments, and increasing the use of biogas in transportation. Creating incentives for transport operators to invest in gas-powered fleets is also essential because the target requires 6,000–8,000 biogas-powered trucks on our roads by 2030. The use of biogas in heavy transport can achieve significant emissions reductions, and biogas has a key role also in St1’s own energy transition,” says Matti Oksanen, Director of St1’s Gas Business.

The planned annual production capacity of the first plant producing liquefied biogas is 125 GWh, and the goal is for it to be operational by 2026. The planned production capacity is exceptionally large. Based on preliminary studies, some 330 farms could participate. The scale also has significant climate impacts. The plant’s annual production is estimated to reduce carbon dioxide emissions by 71,000 tonnes a year, and the reductions would target both the transportation and agricultural sectors. The plant entity will reduce the use of fossil diesel by about 11,7 million litres per year, i.e. 117,000 MWh.

Farms are geographically dispersed, so efficiently collecting and utilising manure and surplus grass is a challenge at the moment. Suomen Lantakaasu’s innovative hybrid production model will bring this energy production potential into use: the agricultural feedstocks are recirculated at the biogas plant and returned to fields, enabling renewable energy to be recovered and nutrients to be returned to plants. This recycled fertiliser can significantly reduce the use of fossil fuel-based fertilisers, which have become very expensive.

“The goal is for a low threshold for farm participation. Utilising manure in biogas production reduces the carbon footprint of milk production by as much as one quarter, when the emissions reduction of both agriculture and transport are taken into account. Valio’s climate programme aims to cut milk’s carbon footprint to zero by 2035,” says Valio’s Juha Nousiainen, Senior Vice President, Valio’s Climate Programme.